The fans of both the stars have been eagerly waiting for this song to release, since the makers shared a glimpse of the song on Eid. And looks like, their wait was worth it. This song is sung by Sukhwinder Singh and Divya Kumar. The lyrics are penned by Irshad Kamil and music is composed by Ajay-Atul. 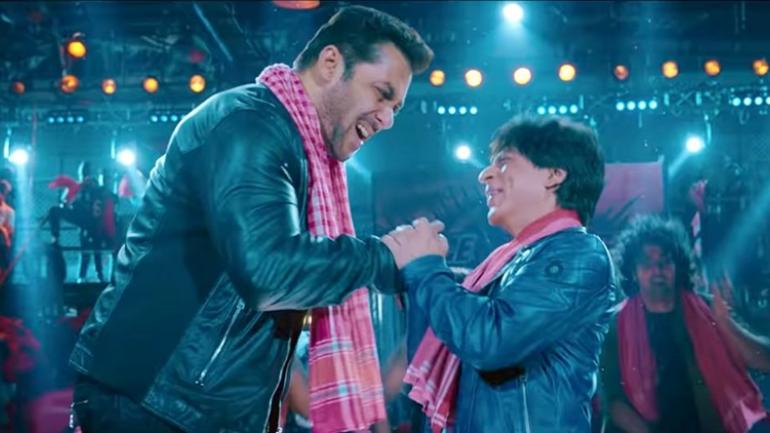 Coming to the song video, the song begins with a passionate kiss between SRK and Katrina Kaif. Later in the video SRK and Salman’s dance moves are killer and there are various signature steps of the two which have been kept intact. Do not miss ace choreographers Ganesh Acharya and Remo D’Souza’s dance in the start.

Zero is directed by Aanand L Rai. This flick is jointly produced by Red Chillies Entertainment and Colour Yellow Productions. Starring SRK, Anushka Sharma and Katrina Kaif in the lead roles. We can also see Salman Khan in a cameo. This flick is scheduled to hit the theatres on December 21. Meanwhile, Zero will encounter a semi-clash with the Ranveer Singh-starrer Simmba at the box-office. The latter will release in the cinemas on December 28, a week post the release of Zero.