Shah Rukh Khan has given an early Eid gift to all his fans by sharing the teaser of his upcoming film, Zero. This new teaser features none other than SRK’s close friend and Bollywood’s bhaijan Salman Khan, who is about to release his film Race 3 on June 15. This film will officially mark the return of SRK on silver screen after two years. Also, Aanand L. Rai,’s Zero marks the onscreen reunion of the actor trio, Shah Rukh Khan, Anushka Sharma and Katrina Kaif after 2012 release Jab Tak Hai Jaan.

Shah Rukh Khan took to his twitter account to share the teaser for his fans and wrote, “Yeh lo..yeh lo @aanandlrai ki taraf se…Iss baar Eid Ka Meetha bahut Tez hai. To everyone from me and the whole team of Zero…Eid Mubarak. Love u all & hope u like it. #ZeroCelebratesEid”. 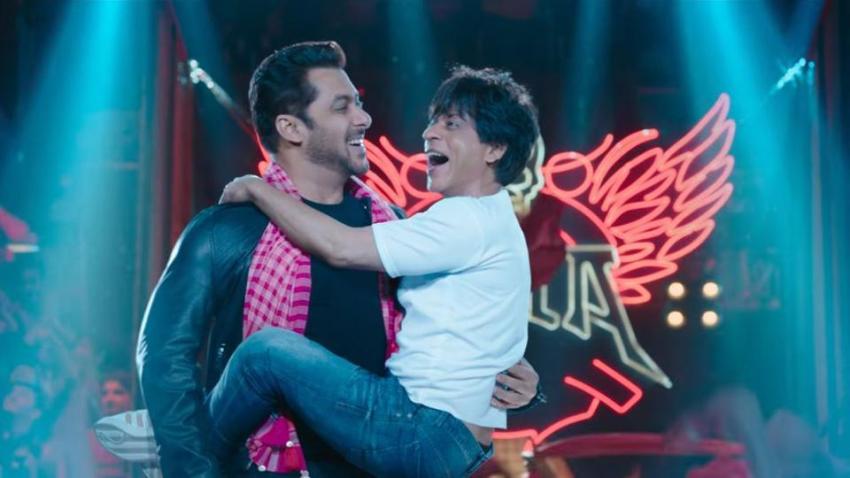 The 1 min 21 sec long video gives us a glimpse of Shah Rukh Khan in his dwarf avatar, along with the most awaited cameo of Salman Khan. Both SRK and Salman are seen in identical leather jackets. The duo shares amazing camaraderie on the screen while they dance off on a peppy Bollywood track. No wonder that the teaser has already gone trending on the internet.

Another interesting fact about this Zero teaser is that the makers have planned to release the teaser on June 15 as an Eid offering to the fans and named it as Zero Eid Teaser. But the offering came a day earlier.