The teaser of the much-awaited upcoming biopic of two-time chief minister of Andhra Pradesh, YS Rajasekhara Reddy, is out. The film is titled as Yatra, in which Malayalam superstar Mammootty is playing the role of late Chief minister and he looks convincing as the iconic politician of undivided Andhra Pradesh. The first teaser from the film was released on the birth anniversary of YSR.

Different from the usual biopics, Yatra does not show us the entire life of YSR. Instead, the story is all about the historic padayatra of YSR in 2003, were he took a long walk across the state and covered about 1475 km on foot. This assured the victory of his party in the 2004 election and he then did the same thing again in 2009. This journey changed the course of Andhra Pradesh’s politics. So, this flick titled Yatra will document this remarkable event from the state’s history. 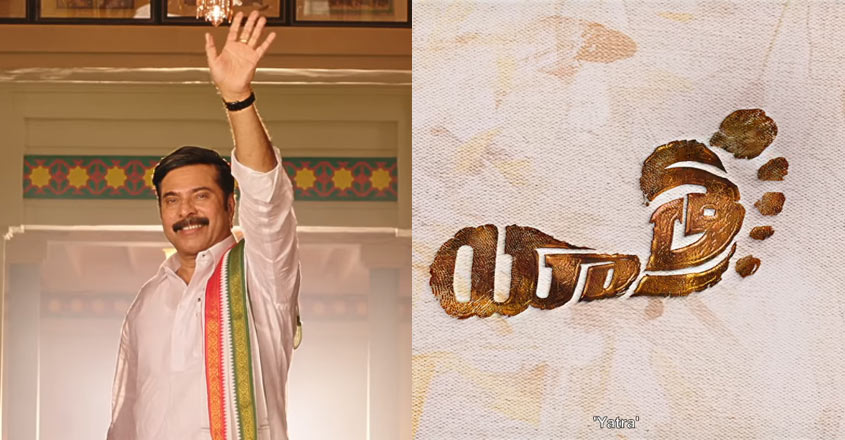 The 54 sec long teaser, opens with Mammootty making a striking entry as the late Chief Minister, dressed in trademark politician white clothes. Meanwhile, when Mammootty steps out of his house, a voiceover played in the background that says, “I want to know, I want to listen, I want to visit every house beyond Cuddapah. I feel like walking along with the people. I wish to listen to their heartbeats,” he says, as he sets out on a padayatra. “If he succeeds, it would be due to his stubbornness, if he fails, he would be called stupid. But that’s a call I leave history to take”. The teaser ends with the logo, which is shaped like a footprint.

Yatra is written and directed by Mahi Raghav. This flick is bankrolled by Vijay Chilla, Shashi Devireddy.