The dual-SIM Xiaomi Redmi Y1 runs MIUI 9, and sports a 5.5-inch HD (720×1280 pixels) display with Corning Gorilla Glass. It is powered by an octa-core Snapdragon 435 SoC, coupled with 3GB of RAM and 32GB internal storage, which is expandable up to 128 GB via microSD card. It has standard connectivity options, including 4G VoLTE. It is powered by a 3080mAh battery and bears a fingerprint sensor on the rear panel. 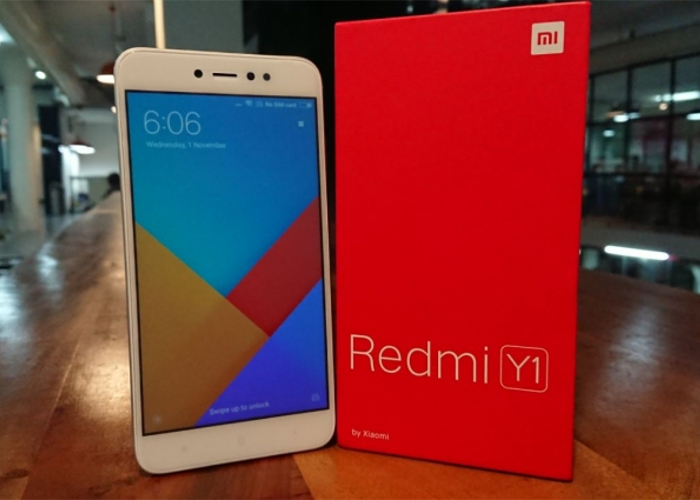 The Xiaomi Redmi Y1’s biggest highlight, is its 16-megapixel front camera. This comes with and LED selfie-light, for better selfies in low light conditions. The company is also giving a boost with the Beautify 3.0 feature on it, which helps beautify selfie photos. The smartphone bears a 13-megapixel rear facing camera with PDAF and dual-LED flash.

Now, coming to the Redmi Y1 Lite, it has a 5.5-inch HD screen, MIUI 9 software, and 1.4GHz quad-core Snapdragon 425 processor. This dual Nano SIM phone has a dedicated microSD card slot and supports storage expansion up to 128GB. The Redmi Y1 Lite comes with a 13-megapixel rear facing camera with LED flash and PDAF, while the front facing camera comes with a 5-megapixel sensor. Its battery capacity is 3080mAh, and it features an IR blaster as well.

Xiaomi Redmi Y1 in India is priced atRs. 8,999 for the variant with 32GB storage and 3GB RAM. There’s another variant of the phone, with 4GB RAM and 64GB storage, which is priced at Rs. 10,999.The new phone has been launched in Gold and Dark Grey colour variants. Coming to Redmi Y1 Lite, the phone comes in only one configuration with 2GB RAM and 16GB internal storage, and is priced at Rs. 6,999.Both phones are Amazon Exclusive, and the first sale takes place on November 8, both on Amazon India and Mi.com. After this sale, the phone will eventually be made available in offline stores as well.