Xiaomi Redmi 4 was launched in India with the intention of giving tough competition for other majors players that include ViVO, OPPO and Samsung.  The best part of the launch of Xiaomi Redmi 4 is that it comes in 3 variants which is differentiated based on the RAM and internal storage and with this launch the company is expecting attract more users for the brand.  It has given two color to be chosen that are Elegant and Matte Black for 3 of the variants. 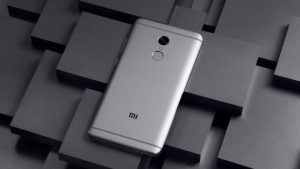 1) Display is of 5 inch with IPS LCD capacitive touchscreen and has the pixel resolution of 720 x 1280 and also comes with Corning Gorilla Glass as protection for the phone.

2) The Xiaomi Redmi 4 comes with 1.4GHz octa-core Qualcomm Snapdragon 435 processor and based on the price, RAM varies from 2GB to 4GB,  Operating system on which it runs is Android 6.0.1 (Marshmallow).  The storage space also varies from 16GB to 64GB.

4) Battery capacity of the mobile is of 4100mAh which is of non removable.

5) The dual SIM facility for the mobile accepts Nano-SIM and Micro-SIM.

6) The other features of Xiaomi Redmi 4 are of Bluetooth, Infrared,Wi-Fi, GPS, supports 3G/4G.