Google’s Android One which was launched in 2014 is back in India. This time the company has teamed up with one of the top online smartphone brands in the country that is Xiaomi and launched the Xiaomi Mi A1. This phone is different from the starting Android One phones such as Micromax Canvas A1, Karbonn Sparkle V and Spice Dream UNO.The new Xiaomi Mi A1 has few higher-end specifications. 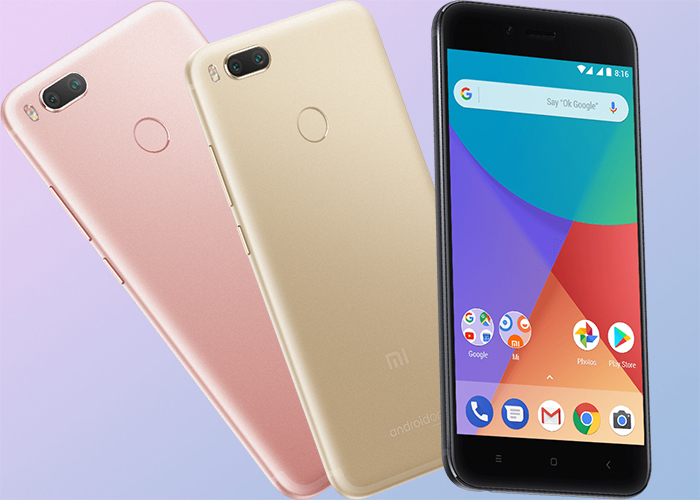 Image: andro4all.com
Xiaomi partnering with Android One means Xiaomi Mi A1 users will receive regular updates from Google, similar to the time when they are rolled out to Nexus and Pixel devices. Google on its website said “With the latest version of Android installed, monthly security updates, and a guaranteed OS upgrade, Android One phones get the latest technology and security measures. Android One phones ship with the latest version of Android installed, Android Nougat, and come with one guaranteed OS upgrade. And since Android One users are among the first to get new OS upgrades when they’re released, you’ll have access to the latest features and innovations even sooner.” Though for services and other product related issues, customers will need to contact Xiaomi.Google says with Google Play Protect and timely updates, users will have a safe and smooth experience. Google also announced that Android One is no longer just about entry-level smartphones. It will be available in a broad range of devices.

About the Specifications, Xiaomi Mi A1 is a dual-SIM (Nano-SIM) smartphone that runs Android 7.1.2 Nougat out of the box. It features a 5.5-inch full-HD (1080×1920 pixels) display with Corning Gorilla Glass.It runs on an octa-core Qualcomm Snapdragon 625 SoC coupled with 4GB of RAM and 64GB internal storagethat is expandable up to 128GBusing a microSD cardin a hybrid dual-SIM.Speaking about the camera, Mi A1 comes with a dual rear camera setup, ithas two 12-megapixel sensors, with one featuring a wide-angle lens with a 1.25-micron pixel sensor and f/2.2 aperture, and the other sporting a telephoto lens, 1-micron pixel sensor, an f/2.6 aperture, and capable of delivering 2x optical zoom. The front facing camera is a 5-megapixel shooter with a real-time beautification mode. Now about the connectivity features of the device, Xiaomi Mi A1 offers 4G VoLTE, dual-band Wi-Fi 802.11ac, GPS/ A-GPS, USB Type-C port, and 3.5mm headphone jack. Xiaomi M A1 Sensor department includes an accelerometer, ambient light sensor, gyroscope, infrared, magnetometer, and proximity sensor. The smartphone is powered by a 3,080mAh battery and also comes with a fingerprint scanner, located on the back.

The Xiaomi Mi A1 available in India at a price of Rs 14,999,the smartphone is said to be available online via Flipkart and Mi.Com and also available across the Mi offline retail stores from September 12.