Putting an end to months of speculations, US retailer giant Walmart Inc announced to pay around USD 16 billion for a roughly 77 percent stake in India’s largest start-up e-commerce firm Flipkart. Walmart who is aiming to compete with rival Amazon makes its largest-ever deal. After this deal, it also makes India the biggest emerging market with three of the largest global retailers such as Walmart, Amazon and Alibaba now pitted against each other.

India’s e-commerce company Flipkart, which was started by former Amazon employees Sachin Bansal and Binny Bansal in the year 2007. In 2010, the company launched Ekart, its logistics arm and also started the cash-on-delivery (COD) service. After this major deal, Flipkart’s co-founder and chairman Sachin Bansal is said to leave the company and sell his 5.5-6% stake in the company.

Walmart chief executive officer Doug McMillon said, “India is one of the most attractive retail markets in the world, given its size and growth rate, and our investment is an opportunity to partner with the company that is leading transformation of e-commerce in the market”. 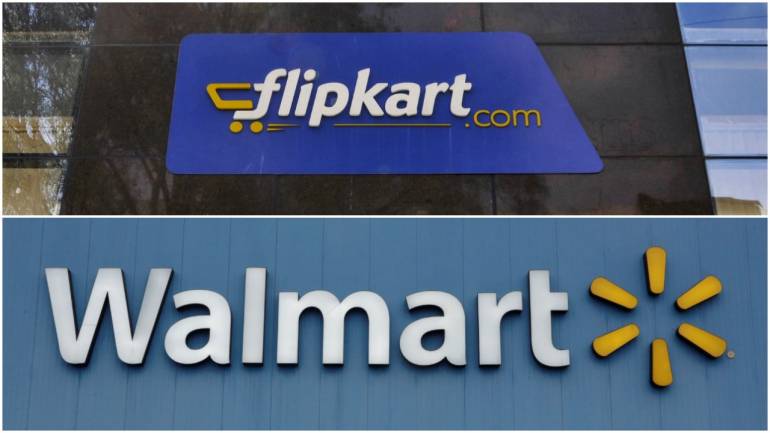 This deal is Walmart’s biggest acquisition and the biggest e-commerce deal globally. Flipkart, which owns fashion retailers such as Myntra and Jabong and the mobile payments app PhonePe, has seen its valuation jump to USD 21 billion from just USD 10.2 billion a year ago. With this buyout, Walmart brings its experience of running a big retail business globally to the table. The company is planning to help Flipkart in scaling its business fast and at the same time bring in cost efficiencies.

Flipkart’s founder Binny Bansal will continue as Flipkart group CEO and Kalyan Krishnamurthy will retain his position as Flipkart CEO. While, Walmart’s wholesale business in India will continue to be led by Krish Iyer. The company operates 21 Best Price cash-and-carry stores and one fulfilment centre across nine states. Walmart is said to invest USD 2 billion directly into Flipkart and buy the rest of its stake from existing Flipkart investors including SoftBank Group, Accel Partners, Naspers and eBay Inc. Tiger Global Management, Flipkart’s most influential shareholder, is also selling much of its 20% stake. This will help Flipkart achieve its growth potential. Flipkart’s co-founder Binny Bansal, Tencent Holdings, Tiger Global and Microsoft will retain their board seats and Walmart will add new members to Flipkart’s board including independent directors. Walmart said that they are in talks to bring new investors into Flipkart. As per reports, a close source with this matter said that Flipkart is in discussions with Google, Intel and existing investor Microsoft to raise more capital.

However, the deal will be finalised after it gets approved by India’s anti-trust regulator. Walmart’s journey in India hasn’t been smooth till now. In 2007, the world’s largest retailer set up a joint venture with Bharti Enterprises Ltd for wholesale stores. Bharti exited the joint venture six years later.

Later the day when Walmart’s Flipkart deal was announced, Walmart’s shares plunged down 4.04% on the New York Stock Exchange.

As per reports, the rival company Amazon made a counter-offer in the past to acquire 60 percent stake in Flipkart.  The deal did not go through as the combined entity would have got the majority share of the e-commerce market.