Vivo is all set to launch the much-awaited Smartphone feature, that is the world’s first smartphone with an in-display fingerprint scanner. This flagship phone by Vivo will be called as Vivo X20 Plus. The launch of this phone was initially rumoured to be on January 25, but the company has now confirmed that this new smartphone will come out on January 24. 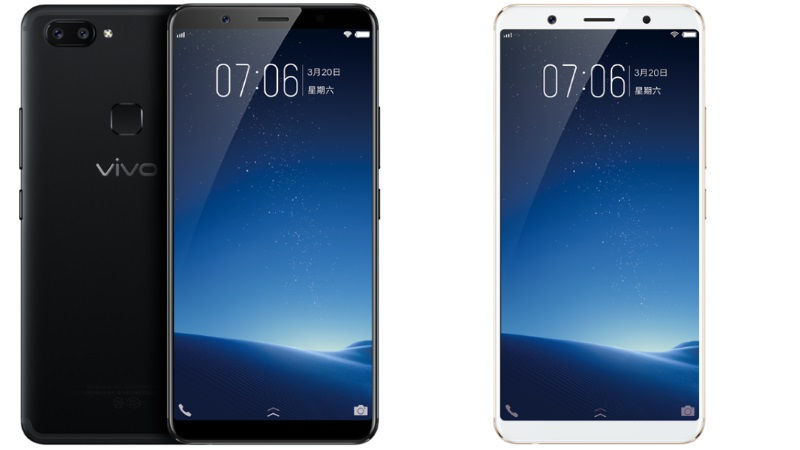 Image: gadgets.ndtv.com
Vivo X20 Plus, recently received certification on Chinese telecommunications authority TENAA and was initially claimed to be called the Vivo X20 Plus UD. The Chinese company, Vivo unveiled the world’s first ready-to-produce in-display fingerprint scanning technology at CES 2018 in Las Vegas. However, Vivo X20 Plus was already launched towards the end of last year in China. It’s being told that this is a modified version of the same phone which is already available.

Vivo X20 Plus uses the recently unveiled Synaptics optical sensor within a 6-inch OLED display. Synaptics has integrated the Clear ID FS9500 sensor, which according to the company takes just 0.7 seconds to read your fingerprint. Normally a fingerprint scanner on a phone is placed either on the back or embedded inside the home button. But, Vivo has placed the scanner under the display screen of the X20 Plus. Synaptics had claimed earlier that about 70 million units of its in-display fingerprint sensors will be available this year. The new sensors are aimed to replace the available fingerprint sensors, which enables fingerprint recognition under layers up to 1.5mm thick, including a screen protector.

Speaking about the specifications of this upcoming smartphone.

According to the reports, the new Vivo X20 Plus version will come with a 6.43-inch OLED display with 2160×1080 pixels resolution. It also sports a 2.2GHz octa-core processor, coupled with 4GB of RAM and 128GB inbuilt storage that will be expandable up to 256GB via microSD card. Moreover, this smartphone might come with a dual camera setup on the back that has a 12-megapixel with 5-megapixel sensors and a 12-megapixel front camera. The upcoming smartphone is also said to have a 3800mAh battery, Bluetooth, USB support, and 4G connectivity.

If the rumours are to be believed, the new Vivo X20 Plus version will go on sale in China with a price tag of CNY 3,998 (roughly Rs. 39,900). The colour options that might be available includes Black Gold, Champagne Gold, Rose Gold, and Matte Black.

However, the first company to bring a phone with an in-display fingerprint scanner out in the market may be Vivo. But, both Apple and Samsung are also looking to insert the similar technology in their phones. In fact, Apple reportedly tried to include this feature with the iPhone X but couldn’t succeed in time. Samsung’s Galaxy Note 9 might feature an in-display fingerprint scanner.