Vishal Sikka has resigned as CEO and Managing Director of Infosys. As per reports the reason of his resignation is said to be due to a rift with co-founder Narayana Murthy.Vishal Sikka took over as the CEO of Infosys 3 years ago. He was the first non-founder CEO of the company. Infosys has been embroiled in several internal investigations in the past 1.5 years related to the company’s acquisition of Panaya and a large severance package given to former CFO Rajiv Bansal. This among other factors has strained the relationship between Sikka and founder Murthy. 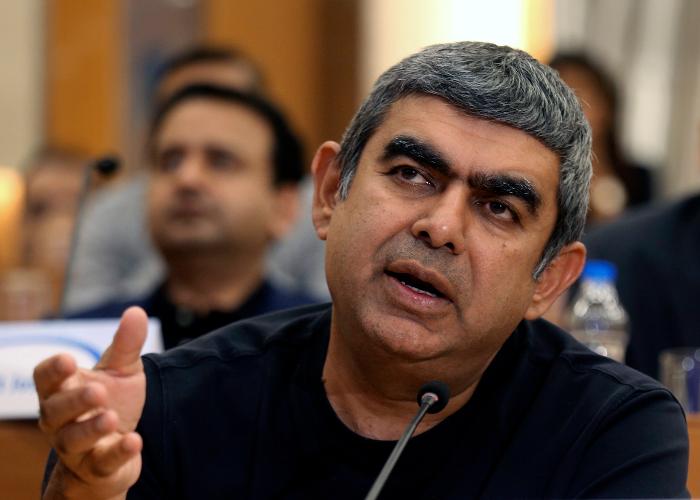 Image: cio.economictimes.indiatimes.com
Vishal Sikka stepped down as Managing Director and CEO of Infosys on Friday. The board of directors of the company accepted the resignation and said Sikka would continue as Executive Vice-chairman. The IT major named U B Pravin Rao as Interim Chief Executive Officer and Managing Director, reporting to Sikka, under the overall supervision and control of the company’s board. A statement from Infosys said, in his new role Sikka would continue to focus on strategic initiatives, key customer relationships and technology development. He will report to the company’s board and receive an annual salary of $1 during his tenure. 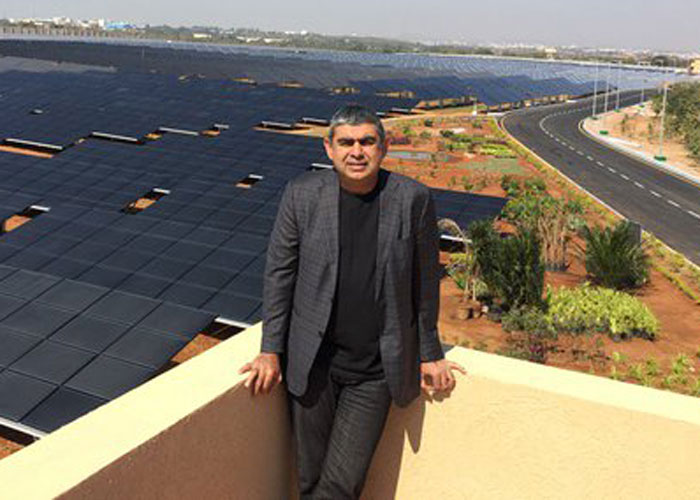 Image: rstv.nic.in
If reports are true, earlier this month, Infosys founder Narayana Murthy, through an email had said that most of the board directors had told him that Sikka was not CEO but CTO material. This could be one of the reasons behind the resignation. The disagreement between Murthy, Sikka and the board is said to be started in Feb 2016 when the Infosys board gave Sikka a 55 per cent pay hike to 11 million dollars. The board’s decision to give a Rs 17.28 crore severance package to Rajiv Bansal also irked many founders at Infosys including Murthy.

Sikka in his resignation Speech, addresses the various allegations and attacks and challenges the company had to face over the past couple of months. The following words gives us a clue about the rift between him and Narayana Murthy, “Over the last many months and quarters, we have all been besieged by false, baseless, malicious and increasingly personal attacks. Allegations that have been repeatedly proven false and baseless by multiple, independent investigations. But despite this, the attacks continue, and worse still, amplified by the very people from whom we all expected the most steadfast support in this great transformation. This continuous drumbeat of distractions and negativity over the last several months/quarters, inhibits our ability to make positive change and stay focused on value creation.”Sikka also advises Infosys employees to remain fair and reasonable if these personal attacks continue in the future giving further hints towards the existence of an internal rift. He said, “If these types of attacks continue, I hope each of you will continue to be the voice of fairness and reason – providing the active, emphatic and unequivocal support that the company”

Sikkain his resignation speech also pays tribute to all the company’s achievements in his tenure as MD and CEO. “I came here to help navigate the company through what I saw as a massive transformation opportunity, to transform our company and restore strong profitable growth, as well as help transform the business of our customers. We have achieved much in the last 3+ years, and for sure we can all be proud of the powerful seeds of transformation that have already been sowed.”

As the news about Vishal Sikka resigned as the Managing Director and Chief Executive Officer of Infosys came in, Infosys shares went down by more than 7 percent in early trading.