Here’s an exciting news for all the Tamil fans of Mollywood heartthrob Dulquer Salmaan. The actor is teaming up with a debut director Ra Karthik for an upcoming Tamil film titled ‘Vaan’. Dulquer on the occasion of Ramzan wished his fans and gave them a gift by releasing the title of his upcoming Tamil film. 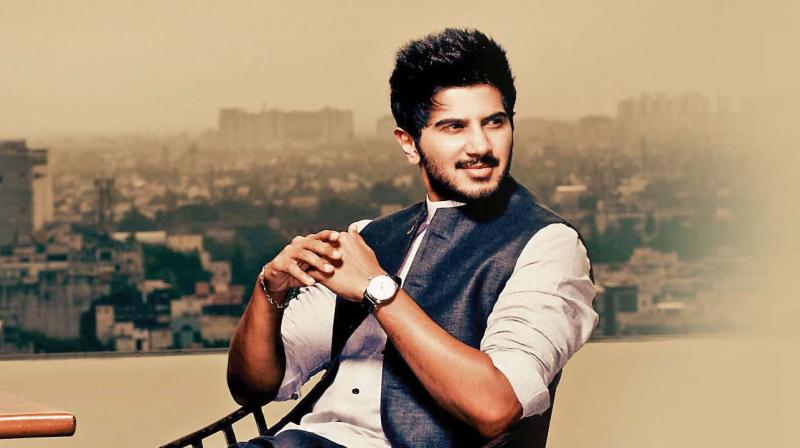 Dulquer took to his twitter account to unveil the title and wrote, “Eid Mubarak ! As an eid present sharing the first look poster for a special film I’m going to start this year. Directed by Ra.Karthik @Rakarthik_dir Produced by J Selvakumar under the banner Kenanya Films @Kenanya_Off Shot by my close friend George_DOP.”

If the reports are to be believed, this movie will be a travelogue. It is said that Dulquer will be playing multiple characters pairing with four different heroines. Nivetha Pethuraj is said to be on board to play one of the female leads. However, details regarding the cast are not officially announced by the makers but can expect it shortly. This travelogue will be shot in exotic locations all across India, the locations include Chennai, Coimbatore, Chandigarh and Nainital.

Vaan will be directed by Ra. Karthik who is making his debut in the industry. This film is being produced by Selva Kumar J under the banner of Kenanya Films. The music also is composed by a debutant named Dheena Dhayalan. It is not yet clear weather this film would have a bilingual release. Vaan is expected to release in the first week of December 2018.

On the work front, the actor is currently enjoying the success of the Telugu blockbuster Mahanati. Up next, Dulquer Salmaan will be seen in Kannum Kannum Kollaiyadithal in Tamil with Ritu Varma, directed by Desingh Periyasamy. He also has two Bollywood movies coming up, that includes Karwaan and a film based on Anuja Chauhan’s novel The Zoya Factor opposite Sonam Kapoor.