The Megaboom is the next generation model of Ultimate Ears Boom speaker, the UE Megaboom is said to deliver 360-degree sound with a maximum audio level of 90dBA. There are two 2-inch drivers and two 2-inch x 4-inch passive radiators that jointly produce a frequency range between 65Hz – 20kHz. Logitech’s UE has designed the Megaboom speaker features a cylindrical shape and comes with the IPX7-certified build, that makes it water resistant so that it can be immersed in up to 1 meter of water for up to 30 minutes. 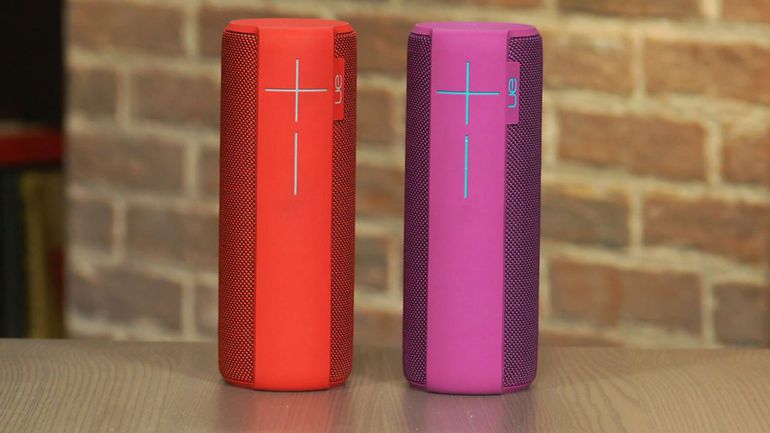 Image: cnet.com
The speaker has a vertical strip with big volume controls such as plus and minus that is familiar as we have seen similar ones on the other Ultimate Ears speakers. There is a power button at top and a button for Bluetooth pairing as well. The wireless speaker has up to 100-feet Bluetooth connectivity in addition to NFC. The speaker also has a 3.5mm audio jack, LED light, a micro USB port and a tripod mount insert.

The UE Megaboom has a Block Party feature that enables the speaker to play music from up to three Bluetooth devices. Also, you can wirelessly stream audio from up to two UE Megaboom devices from one source. There is a dedicated UE Megaboom app for Android and iOS devices that enables features such as musical alarm, customisable five-band EQ, gesture controls. The app also enables over-the-air (OTA) updates. Additionally, the speaker has Siri, Google Assistant, and Amazon Alexa voice integration in some regions to let you connect with the virtual assistants and listen to your commands. However, at present the India site has Siri and Google Assistant listed.