Salman Khan is all set to end the year in style, with his film, Tiger Zinda Haihis much-awaited Christmas release. The superstar has shared the first poster of the film for his fans on Instagram, as a special Diwali gift.Sharing the poster on his Twitter handle, Salman wrote, “Diwali Gift…. pasandaaya? Ab Christmas pemilna… #tigerzindahai.” 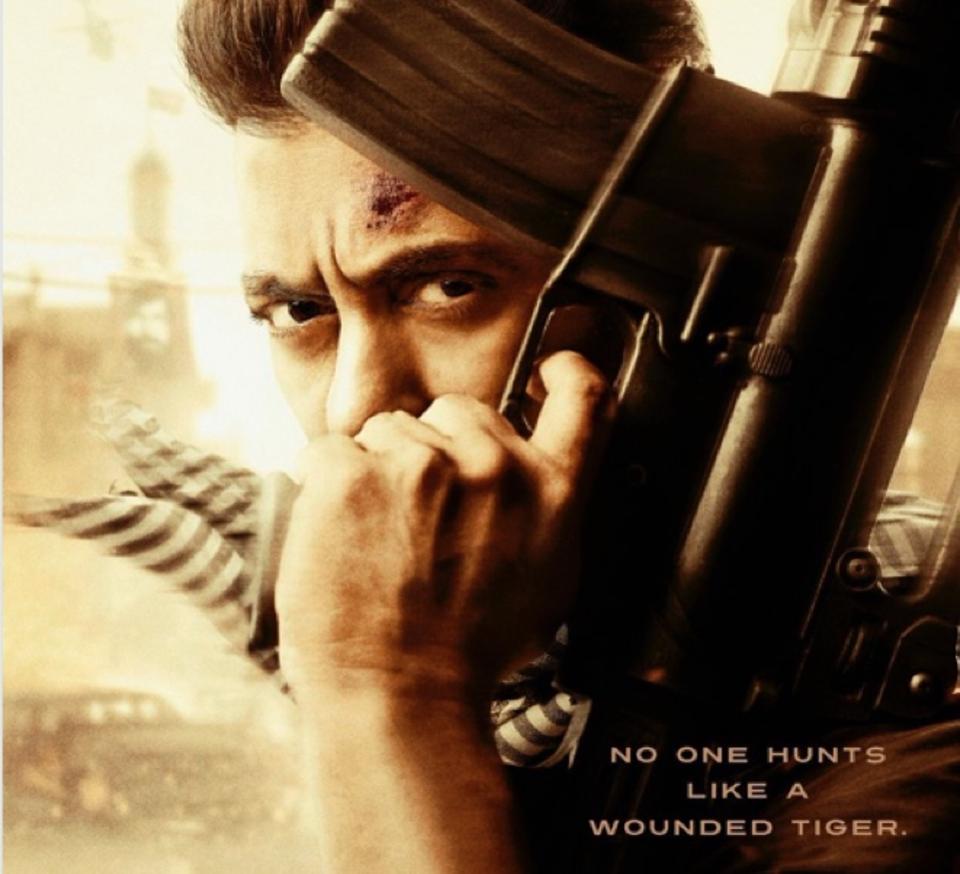 Image: forbes.com
In the poster, the Dabangg star stares at you with his intense eyes and with a machine gun in his hand. Salman’s wounded look ensures that his fans are be ready for some high-intense action sequences from the actor who played an innocent man in his last film, Tubelight. Also, It is accompanied by the tagline, “No one hunts like a wounded tiger.”

Tiger Zinda Hai is a sequel to EkTha Tiger (2012), which was directed by Kabir Khan. Tiger Zinda Hai is a Ali Abbas Zafar directorial that brings back the much-loved on-screen and off-screen couple Katrina Kaif and Salman Khan after a long period of five years.