Here’s an interesting news about the much-awaited Bollywood film of the year, Thugs of Hindostan. After releasing the first look posters of the film, Bollywood stars Amitabh Bachchan and Aamir Khan have surprised fans with a video, were both the actors announced the film’s Tamil and Telugu language versions. So, this upcoming Amitabh Bachchan-Aamir Khan starrer ‘Thugs of Hindostan’ will be dubbed in Tamil and Telugu to reach a wider audience upon its release. 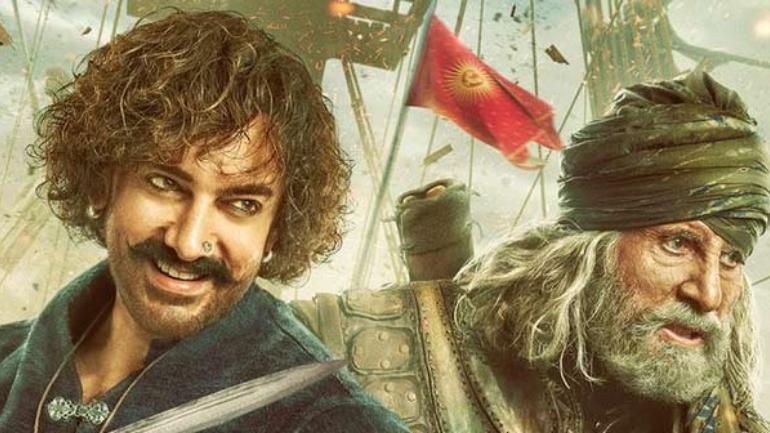 Earlier, in order to keep the excitement of the fans growing, the makers unveiled the looks of every character one-by-one through new motion posters over the past week. This high budget movie is based on Philip Meadows Taylor’s 1839 novel Confessions of a Thug and is about a gang who posed a serious challenge to the British Empire in India during the early 19th century.

Now, Makers of the film Yash Raj Films took to their official Twitter and unveiled the video in which the two legendary actors are asking fans to watch the film this Diwali. The tweet read, “This Diwali, catch the Thugs in theatres near you! Thugs of Hindostan releasing on 8th November in Telugu!” Similarly, they posted a video in Tamil too.

In this 26 sec clip, both Aamir and Big B can be seen making an appeal to the Tamil and Telugu audiences to watch Thugs of Hindostan. What’s interesting about it is that the two stars are speaking the respective languages of their target audience.

As per reports, the first trailer for the film will be released on September 27, on the occasion of Yash Chopra’s birthday.