South superstar Dulquer Salmaan and Sonam Kapoor are coming together for a Bollywood movie. This upcoming film is a big screen adaptation of Anuja Chauhan’s bestselling novel “The Zoya Factor”. The film is yet to go on floors. Meanwhile the lead actors have done a photoshoot for this upcoming film which will leave the fans across the country excited. 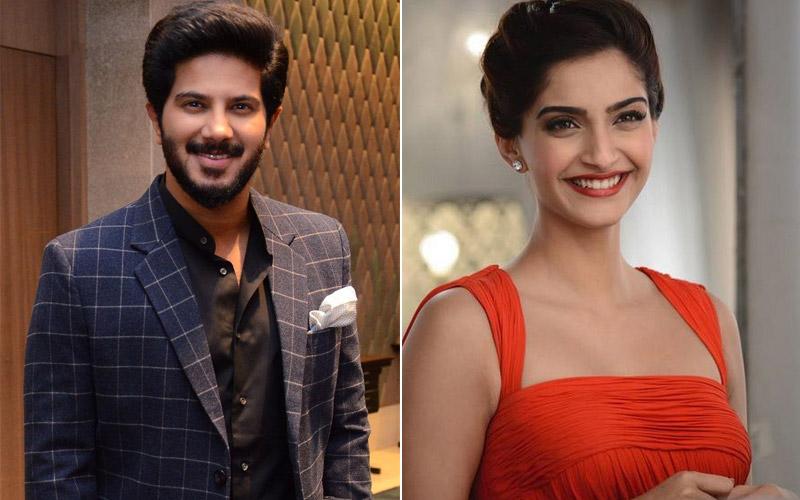 The Neerja actor Sonam Kapoor took to her Twitter account and shared a photo, where she along with Dulquer is posing with a copy of the novel with the name of their characters mentioned on it. She also announced the releasing date of the movie in her post. Sonam’s tweet read, “Super happy to be a part of this unique story #ZoyaFactor an adaptation of Anuja Chauhan’s bestseller. Releasing on April 5, 2019! Directed by #AbhishekSharma, co-starring @dulQuer @foxstarhindi #AdlabsFilms.”

Similarly, Dulquer Salmaan also shared the photo with the caption that read, “Now this one is really special for me! Introducing #ZoyaFactor a movie based on Anuja Chauhan’s bestseller. Releasing on April 5, 2019! Co-starring @sonamakapoor, directed by #AbhishekSharma. #AdlabsFilms @foxstarhindi.”

The Zoya Factor is about a Rajput girl named Zoya Singh Solanki, who was born at the moment when India lifted the 1983 World Cup. Meets the Indian Cricket Team through her job as an executive in an advertising agency and ends up becoming a lucky charm for the team in the 2010 Cricket World Cup. Eventually, Zoya falls for the Indian team captain Nikhil Khoda who doesn’t believe in luck and superstitions.

Speaking about the film, director Abhishek Sharma of Tere Bin Laden fame said to a leading daily, “Cricket woven into a rom-com and touching on superstition and luck, it’s an amazing book for a screen adaptation. The book has many layers, characters and tracks, so it took Neha Rakesh Sharma some time to pen a tight screenplay and Pradhuman Singh to write the dialogues. Now, we’ve gone back to Anuja who’s happy with the script and accepted to polish it and work on additional dialogues as nobody knows the characters better than her.”

Abhishek Sharma also spoke about casting the two lead actors, he said that Sonam was the first person that came to my mind as she’s as bubbly as Zoya and he also mentioned about how he was convinced on casting Dulquer in the role of Indian cricket team captain Nikhil Khoda after watching the trailer of his superhit film OK Kanmani.

The Zoya Factor, directed by Abhishek Sharma. Starring Dulquer Salmaan and Sonam Kapoor in the lead roles. Produced by Fox Star Studios and Adlabs Films. This film is scheduled to hit theatres on April 5 2019.