Here’s one of the most-anticipated teaser of the spoof film Thamizh Padam 2.0. This film is a sequel to the howlarious parody film that came out in 2010 directed by CS Amudhan. The first part of the film made fun of almost all the stars of Tamil cinema. That time the film was severely criticised by certain people from the film industry, who were offended by the film.

Tamizh Padam, which is the first spoof film of Tamil cinema, turned out to be a huge hit. Now, the makers are ready with the sequel of the film. And this time not only film stars were targeted, but also few Tamil Nadu politicians were not spared by the makers. 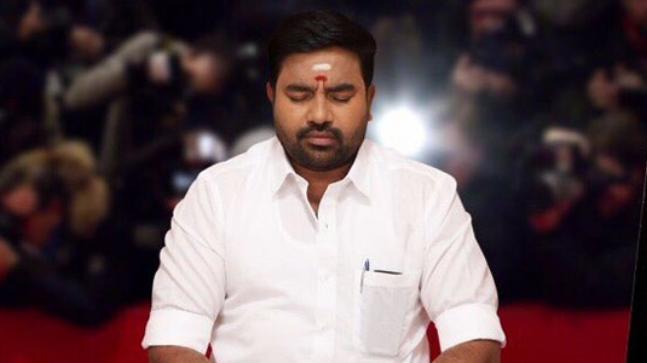 The 40 sec long teaser is a laughter riot. The teaser starts with a scene, which looks like an uncanny recreation of the swearing in ceremony of Deputy CM O Panneerselvam after Jayalalithaa’s demise. After that it only gets better. This sequel looks like to be a parody of the cop genre in Tamil films. There are many references to the hits and blockbusters released in recent times. Staring from Vishal’s Thupparivalan, Vijay’s Thuppaki and Mersal, Ajith’s Mankatha and Vivegam to Vijay Sethupathi’s Vikram Vedha. However, it is suspicious about the absence of the Singam franchise, perhaps it has a major part in the film and might be revealed in the trailer.