The awaited trailer of Diljit Dosanjh and Taapsee Pannu starrer movie Soorma is out. This film is a biopic based on the inspirational journey of former India hockey team captain Sandeep Singh. The trailer will give you few glimpses into Sandeep Singh’s story and struggles in his life. Diljit Dosanjh portrays as Sandeep Singh and Taapsee plays as his love interest in the film. As per reports, Diljit has undergone an intense physical training and diet changes to prepare for the role of the ex-hockey player and in fact, was trained by Sandeep himself. In the trailer you can find Diljit’s hard work for this role.

Both the lead actors took to their twitter handles to share the trailer to their fans. While sharing Diljit wrote, “#Soorma Trailer… Agar Acha Lagge Toh Plz Share (If you like it, please share.)”. On the other hand, Taapsee’s post read, “Excitement galore! There is no better feeling than to be a part of a true story! Bring it on #Soorma #SoormaTrailer A story we missed once before but this time… #DontLetThisStoryPass.” 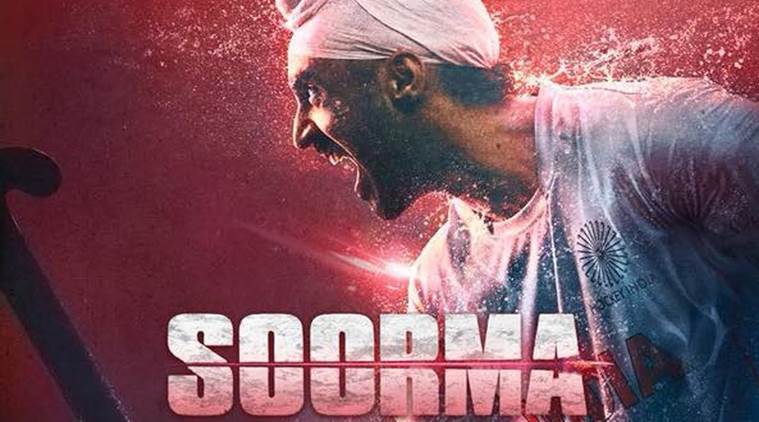 The 2 min 49 sec long trailer begins with a chilled attitude Sandeep, who starts training for hockey in order to impress the love of his life, later finds his ultimate goal in the game of hockey. Just when he wins a medal for India, he gets paralyzed after an accidental gunshot hit him and was on the wheelchair for two years. After the incident, he not just lost the chances of playing the game, but even he lost his love. Later, Sandeep gathers his strength and recovers himself miraculously. This film reveals the story of his struggle and ultimate comeback to international hockey in 2008. Under his captaincy, India went on to win the 2009 Sultan Azlan Shah Cup and even qualified for the 2012 Olympics.

Soorma is written and directed by Shaad Ali. This film is produced by Sony Pictures Networks India and The CS Films. Starring, Diljit Dosanjh, Taapsee Pannu and Angad Bedi in the main roles. Soorma is scheduled to hit the theatres on July 13.