The first look poster of an upcoming film Sonchiriya is out. This poster features the look of actors Sushant Singh Rajput and Manoj Bajpayee in the film and both the stars are looking impressive as dacoits. Other than Sushant and Manoj Bajpayee the poster also reveals Ranveer Shorey, who is also very convincing in the dress of a dacoit along with their gang. This first poster has a text written on it in Devnagari that reads, ‘Bairi beimaan, baaghi saavdhan!’ 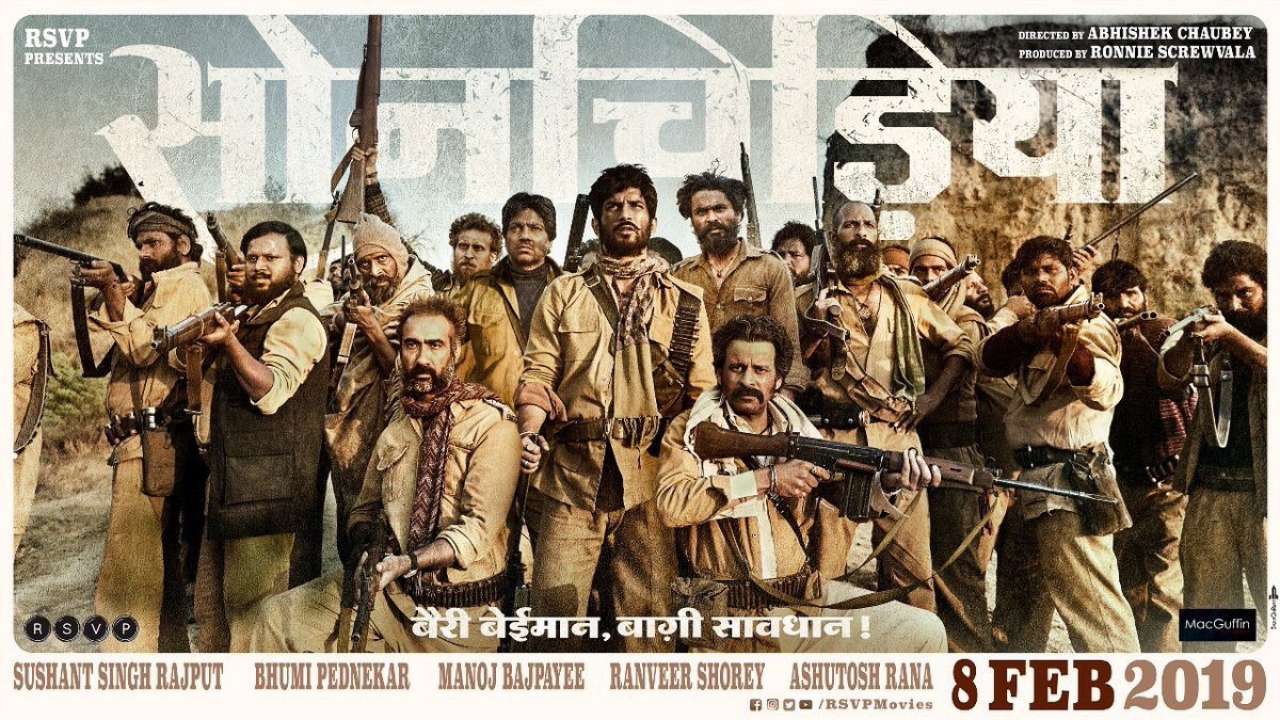 After looking at the impressive look of Sushant Singh Rajput, Manoj Bajpayee and Ranveer Shorey. Now, we are eagerly waiting to see the first look of the female lead in the film Bhumi Pednekar.