The much anticipated Seethakaathi is an upcoming film starring Vijay Sethupathi and Ramya Nambeesan in the lead roles. Natural actor Vijay plays the role of Ayya, a 70-year-old theatre artiste and This film will take us through few issues he faced. Seethakaathi’ is claimed to be a soulful film and will be 25th film of Vijay Sethupathi in which he plays a septuagenarian. This film conveys the message that art has no boundaries and it is immortal as it will live through someone or the other.

Coming to the trailer, the 3 min 9 sec long video shows Vijay Sethupathi as Ayya Aadhimoolam, a veteran actor and superstar, who suddenly decides not to show up for shoots. Meanwhile, as the furious directors complain to the Producers’ Council and his fans wait for him eagerly, Ayya Aadhimoolam is shown taking care of a young boy, possibly his grandson. 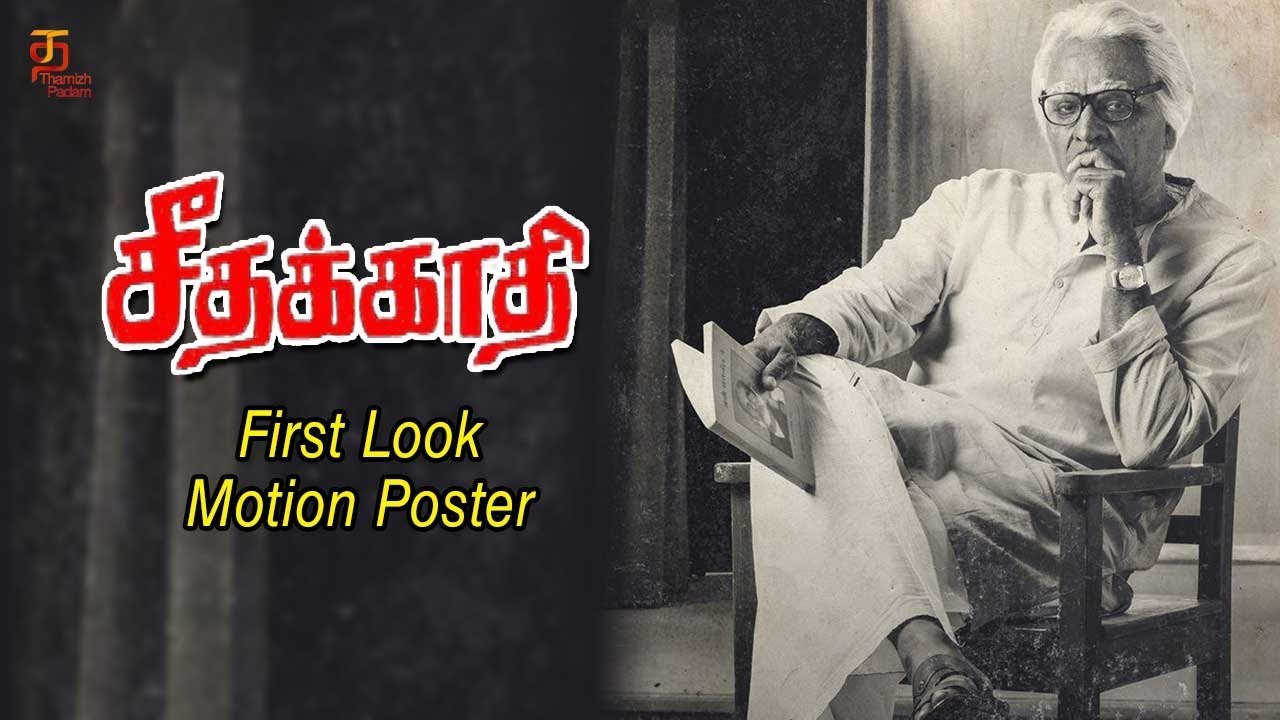 Veteran director Bharathiraja is also seen in the trailer, playing as a director who has offered Ayya a role in the past but was rejected. In one scene, an enthusiastic director or producer is shown saying he wants the visibly aged Ayya to play the father and son in his movie. However, Vijay Sethupathi is seen with heavy prosthetic make-up to carry off his look as Ayya Aadhimoolam. We only catch few glimpses of the character in the trailer, with the actor falling to his knees onstage towards the end and saying, “I’m a tired old man. I myself have become history.”

Seethakathi is directed by Balaji Tharaneetharan who had directed the hit movie Naduvula Konjam Pakkatha Kanom with Vijay Sethupathi in the lead role. This flick is produced by Sudhan Sundaram, Umesh G, Jayaram and Arun Vaidyanathan under the banner Passion Studios. The music for this film is helmed by Govind Vasantha who debuted with hit film 96. Notably, Hollywood technician Kevin Haney has been roped in to design Vijay’s look in this flick. Starring, Vijay Sethupathi, Ramya Nambeesan, Gayathrie and veteran director J Mahendran. This much awaited film is scheduled to hit theatres on December 20.