The trailer of an upcoming John Abraham starrer Satyamev Jayate is out. Looks like John Abraham is back at what he does best. The trailer promises some intense action sequences and power-packed dialogues with patriotic overtones. 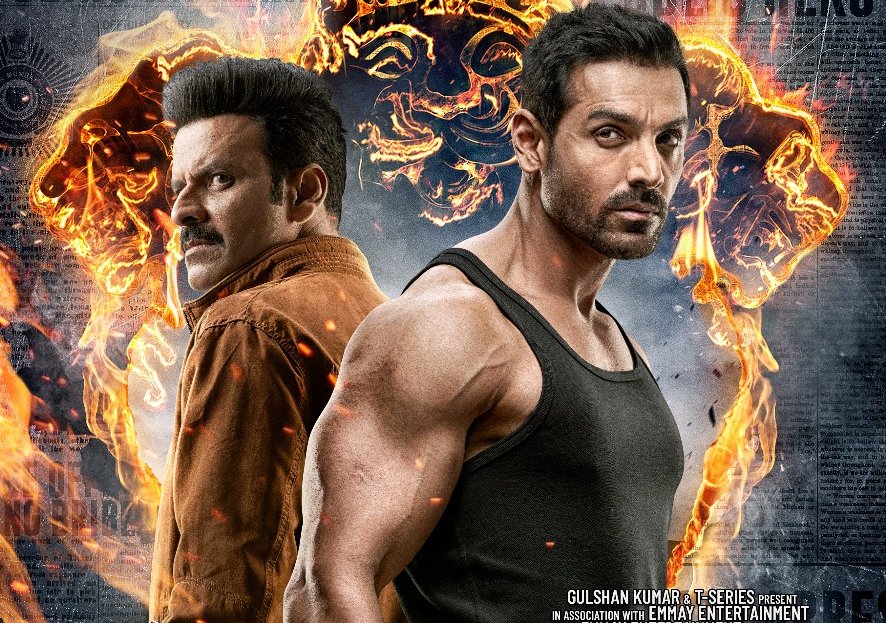 After watching the intense trailer, looks like John plays the role of a vigilante who fights against the people (mainly cops) who are spreading the seed of corruption in the society. Later, his revenge story is revealed, were we can see that his father (a cop) took his own life in front of his son’s eyes. Meanwhile, Manoj Bajpayee, who is portraying the role of an honest police officer, who wants to capture this vigilante and believes that the only one who can take law in his hands is law itself.

Satyamev Jayate is written and directed by Milap Milan Zaveri. This film is bankrolled by T-Series’ Bhushan Kumar and Nikhhil Advani. Starring John Abraham, Manoj Bajpayee, Amruta Khanvilkar and Aisha Sharma in the lead roles. The film is scheduled to hit theatres on August 15.

If the reports are to be believed, this film is getting ready to have a big clash at the box office from Akshay Kumar’s Gold which is slated to release on the same day. Both these films have a patriotic touch in their story, let us wait and see who will get the upper hand this Republic day.