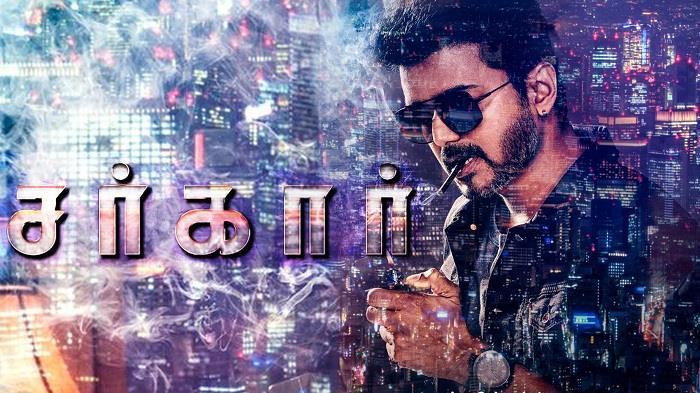 In this first look, Thalapathy Vijay looks dapper sporting a casual outfit with shades and smoking a cigarette in the poster.

Sarkar is one of the most awaited film as it has the blockbuster actor-director deo, Vijay and AR Murugadoss. This film will be Vijay’s third association with AR Murugadoss after blockbuster films Thuppakki and Kaththi. If the reports are to be believed, the makers have completed a major part of the shoot and are only left with a month-long schedule. This film is said to be a political drama made on a lavish budget.

Sarkar is directed by AR Murugadoss and produced by Sun Pictures. The music of the film is done by music maestro AR Rahman and the dialogues are written by Jeyamohan. Starring Keerthy Suresh, Varalaxmi Sarathkumar, Yogi Babu, Radha Ravi and Pazha Karuppaiah. Sarkar is scheduled to hit theatres on Diwali this year (2018).