Samsung has finally launched its contactless mobile payment solution in UK, as it attempts to catch-up in one of the major markets for contactless payments werealmost two years after its chief rival Apple Pay rolled out, and a full year after Android Pay. 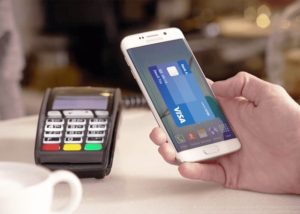 Contactless payments are extremely popular in UK most of all card transactions are made using this technology according to a January report by UK Cards Association, an industry body. Over 100 million contactless cards are in circulation within the population of 65 million people. Samsung Pay is late to the game in UK as both Apple Pay and Android Pay let users authorize purchases using their fingerprint.

Samsung Pay is supported by the Galaxy S8, S7 and S6, all of which will be compatible with standard contactless payment terminals in UK. Other Samsung devices, including its Gear series of smartwatches will support Samsung Pay soon were as Android Pay has been available on Samsung and other Android smartphones since May 2016 in the UK, and has third-party app that supports with the payments.

That means It will be tough for Samsung to convince both new and existing Android Pay users to jump to Samsung Pay, as the firm struggles to break free from being seen as solely a device vendor. Samsung is attempting to use the company’s secure smartphone system called Knox, which they say is the most secure mobile security platform available and it is used by governments including the UK. Samsung is using Knox as a way to convince users that their credit card details required for the mobile payments are secure, a similar narrative to that used by Apple Pay. 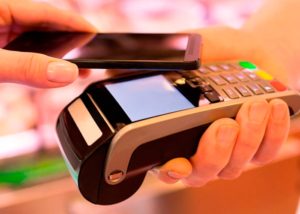 Samsung Pay in the UK has a few key differences between its competitors. For one, it has a deal with TfL that means a credit or debit card can be designated as the “travel” card, if you have multiple cards stored it is not requiring that the phone screen has to be on or a particular card to be selected each time Samsung Pay is used for London travel. For Android Pay, the screen just needs to be on, but for Apple Pay on an iPhone the payment must always be authenticated, which can cause queues at the TfL gates.

Other purchases through Samsung Pay have to be authenticated before being made with a fingerprint, iris scan or pin, while Samsung Pay in the UK is only based on the contactless payment system and cannot use the magnetic stripe as it can in the US and other places.