Samsung’s two latest flagship smartphones Galaxy S9 and Galaxy S9+ have been launched for the Indian market. The smartphones will go on sale from March 16, which is also the date for the global launch of these two new smartphones. Both Samsung Galaxy S9 and the S9+ will be available for purchase along with many bundled offers from various partners. 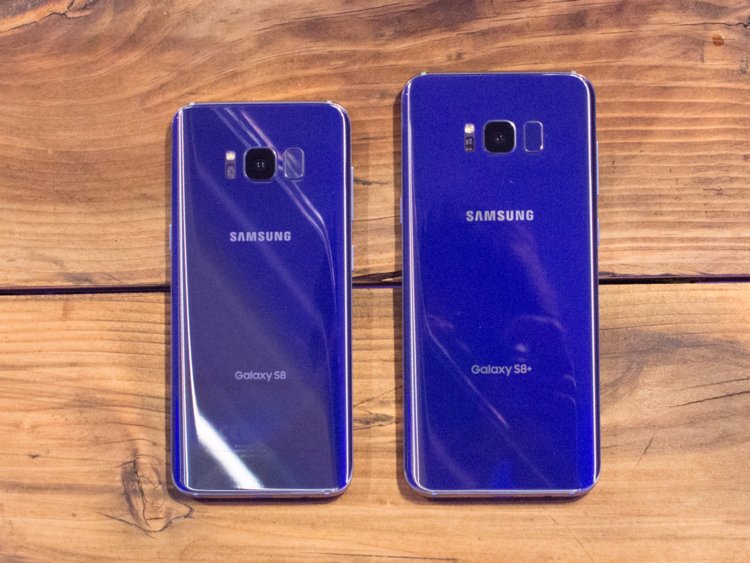 Image: businessinsider.in
Currently, the Galaxy S9 and Galaxy S9+ come with some interesting cashback and data offers. Samsung has partnered with Airtel, HDFC Bank, Paytm Mall, etc for these.

Let us take a look into the specifications of these two new smartphones by Samsung.

The Samsung Galaxy S9 sports a smaller 5.8-inch display, while Galaxy S9+ sports a bigger 6.2-inch with an aspect ratio of 18:5:9 (Infinity Display). Both of them are Quad HD+ AMOLED screens with a slight curve at the edges. In India, both Galaxy S9 and S9+ are powered by the company’s own Exynos 9810 processor. For other markets including the US and China, Galaxy S9 comes with Qualcomm’s latest Snapdragon 845 mobile processor. Galaxy S9 comes with 4GB RAM, while Galaxy S9+ comes with 6GB RAM and both the smartphones have two internal storage variants 64GB/256GB that can be further expandable up to 400GB via microSD card. Both the phones are powered by Android 8.0 Oreo with TouchWiz UI on top.

Coming to the camera department, the Galaxy S9+ gets a dual-camera setup on the back. The dual-lens camera setup on Galaxy S9+ sports a 12MP telephoto and 12MP wide-angle lenses with autofocus and Optical Image Stabilisation (OIS) on both the lenses. Samsung says that the camera is built for low lighting photography with dual aperture and multi-frame noise reduction. Up front, there is an 8MP sensor for selfies. While the Galaxy S9 sports a single super-speed dual aperture 12-megapixel camera with autofocus and Optical Image Stabilisation (OIS). Both Galaxy S9 and S9+ supports super slow-mode video recording at 960 frames per second at 720p or HD resolution and also automatically select background music for the video. This music can be customised by using 35 different tunes present or add your favourite tune from your own playlist. Samsung has taken advantage of the smart camera to make its assistant called Bixby even smarter. Bixby now offers Live translation, names unknown locations and even show calories in food.

Now coming to Emojis. Samsung has included. AR (Augmented Reality) emojis in both the S9 and S9+. This feature is similar to the one you get with the iPhone X, popularly called “Animoji”. You can create a 3D picture of yourself and customise it to make realistic emojis of your own expressions. The feature will available directly on the keyboard and will support all social media platforms as its created as a GIF. You can send these AR emojis as a GIF to any other smartphone.

About the speakers, a new speaker system has been designed in collaboration with Dolby Atmos and AKG. Samsung says the company has improved the speakers on the Galaxy S9 line-up. There are dual stereo speakers tuned by AKG (by Harman) on both flagship Galaxy phones now offering Dolby Digital 360 surround sound experience. Also, Samsung has retained the headphone jack as well. Both the smartphones come with a 3.5mm headphone jack.

The Samsung Galaxy S9 and S9+ are IP68 water and dust resistant. All the software and connectivity options in the Galaxy Note 8 are there in the new Galaxy S9 and S9+, which includes 4G VoLTE connectivity, Bluetooth 5, NFC, Samsung Pay, DeX support, USB Type-C port among others. The Galaxy S9 is fuelled by a 3,000 mAh battery while the Galaxy S9+ is fuelled by a 3,500 mAh battery. Speaking about the security features, the new Galaxy phones offer facial recognition along with the iris scanner. The fingerprint scanner at the back is now below the camera module making it more easily accessible unlike in the S8 or S8+. The device is powered by the latest Samsung Knox security solution.

Now, let us look into the price and availability of these new smartphones.