Samsung Galaxy has launched J2 (2017) Editionin India, an entry-level smartphone in company’s J-series. The company didn’t host any special event for launching the new J series phones, instead listed on Samsung’s official India website. However, official price and availability have not been revealed as of now. There’s a ‘Where to Buy’ option as well but it is currently disabled.

Now about the Specifications, Galaxy J2 (2017) Edition sports a 4.7-inch qHD Super AMOLED display having a resolution of 540 x 960 pixels. It is powered by 1.3GHz Quad-core Exynos processor with 1GB RAM and 8GB internal storage which is expandable up to 128GB by using a microSD card. Coming to the camera, it sports a 5MP auto-focus rear camera with flash and a 2MP front facing camera for selfies. Galaxy J2 (2017) Edition is a dual-SIM smartphone and it supports USB OTG (on-the-go). Connectivity options include, 4G, GPRS/EDGE, 3G, Bluetooth 4.1, GPS, GLONASS and a 3.5mm headphone jack. Samsung Galaxy J2 (2017) Edition is fuelled by a 2,000mAh removable battery. 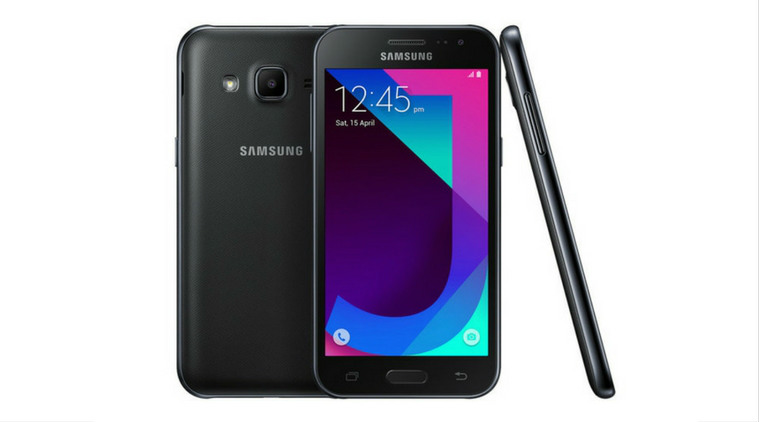 Image: indianexpress.com
About the Features, Samsung Galaxy J2 (2017) Edition packs company’s Made for India features like Smart Manager and Ultra Data Saving Mode. The Smart Manager is meant for automatic memory management which will help users delete saved APK files as well as duplicate images on the smartphone automatically. Meanwhile, the key highlight of the device is its Ultra Data Saving feature. As the name suggests, with this feature the users of the phone will be able to save wastage of mobile data and have a seamless browsing experience.