The trailer of much-awaited Netflix’s first Indian original series, Sacred Games, starring Saif Ali Khan and Nawazuddin Siddiqui is out. After watching the trailer, it will definitely leave u in a mysterious position and will make you excited for this upcoming series. 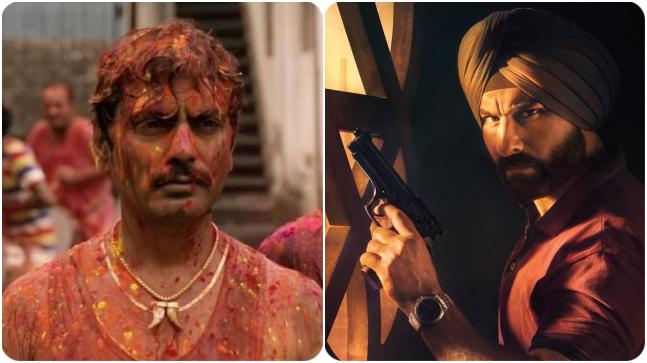 The 1 min 46 sec long video starts with Nawazuddin Siddiqui as god Ganesh Gaitonde plans to burn up the Mumbai city, but before that he calls up a cop named Sartaj Singh played by Saif Ali Khan and threatens him by saying, “Life badalne wala hai tumhara (your life is going to change)” and he will also mention that Sartaj only has 25 days to save the city. Meanwhile, Sartaj (Saif) gets suspended from his police job over his mental health issues. However, he tries to convince the police that there is a bigger problem that loom while they fuss over his drug abuse.

In this trailer, other than the two lead male actors, Radhika Apte also impresses with her sharp acting and in the moment expressions. Radhika Apte as Anjali Mathur comes across a big stash of cash and wonders if it is a part of Gaitonde’s plan. So, she teams up with Sartaj in order to get to the bottom of the case. The trailer ends with Gaitonde’s (Nawazuddin) words echoing, that says, “I am not going anywhere until the game is over.”

If the reports are to be believed, it is said that both the directors Anurag Kashyap and Vikramaditya Motwane have shot their portions separately. While most of Saif Ali Khan’s scenes are shot by Vikramaditya and Nawazuddin Siddiqui has been majorly directed by Anurag.

Sacred Games is India’s first Netflix original series based on a book by Vikram Chandra of the same name. Directed by Anurag Kashyap and Vikarmaditya Motwane. Starring Saif Ali Khan, Nawazuddin Siddiqui and Radhika Apte. Sacred Games is set to release exclusively on Netflix on July 6.