A new video song from the upcoming film Karwaan is out. Saansein song from Irrfan Khan, Dulquer Salmaan and Mithila Palkar starrer has the right cords to please the audience and it is every bit as refreshing as you would have expected it to be. Like most of the songs from road trip movies this romantic number is also soothing to hear.

The lead actor Dulquer Salmaan took to his Twitter handle to share this song, his tweet read, “To the destination called Life! It’s time to reconnect with your own bliss with #Saansein out now!”

Singer and song writer Prateek Kuhad brings magic with his lyrics, music and soothing voice. The two-and-a-half-minute video opens with a beautiful shot of a landscape, that matches perfectly with the soft yet upbeat tunes of the piano. This video song shows us the romantic sides of the lead actors Irrfan, Dulquer and Mithila’s characters. 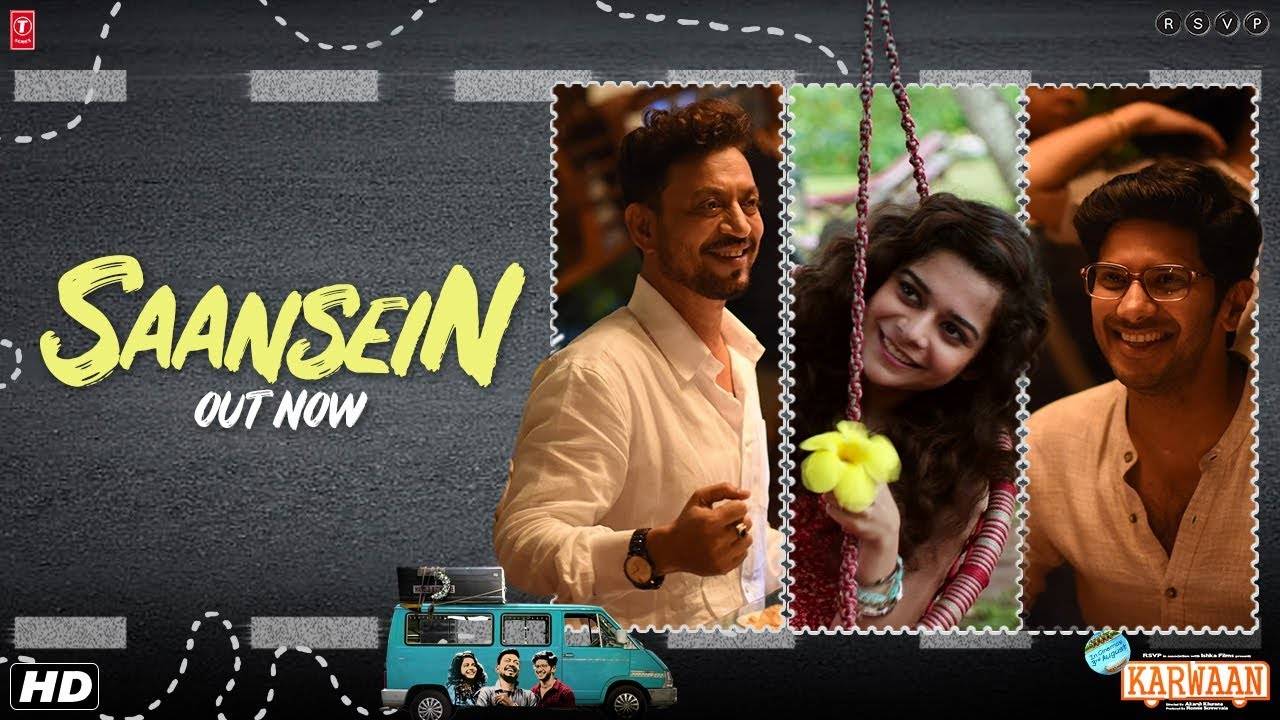 Prateek’s beautiful lyrics syncs perfectly with the scenic beauty of Kerala. This music video also shows Mithila and Dulquer’s character connecting with each other, need to watch the movie to know whether it is romantically or not. Meanwhile, Irrfan on the other hand, tries to impress his love interest with a chocolate and some romantic sweet gestures.

Karwaan flick is helmed by Bollywood debutant director Akarsh Khurana and bankrolled by Ronnie Screwvala under the banner of RSVP films. Starring Irrfan Khan, Dulquer Salman and Mithila Palkar, Kriti Kharbanda and others. This movie will hit the theatres near you on Aug 3.