Actor Akshay Kumar and his actor-turned-author wife Twinkle Khanna are slammed with a legal notice, accusing them of playing with the sentiments of armed forced personnel by putting a naval uniform featured in Rustom for auction. As many as 19 people – including 11 serving defence officers sent the legal notice. The auction house SaltScout, which has put out the naval officer uniform for online bidding has also been served with the legal notice. As of Wednesday afternoon, the highest bid offered for the uniform was Rs 235,000. The auction closes on May 26 night. 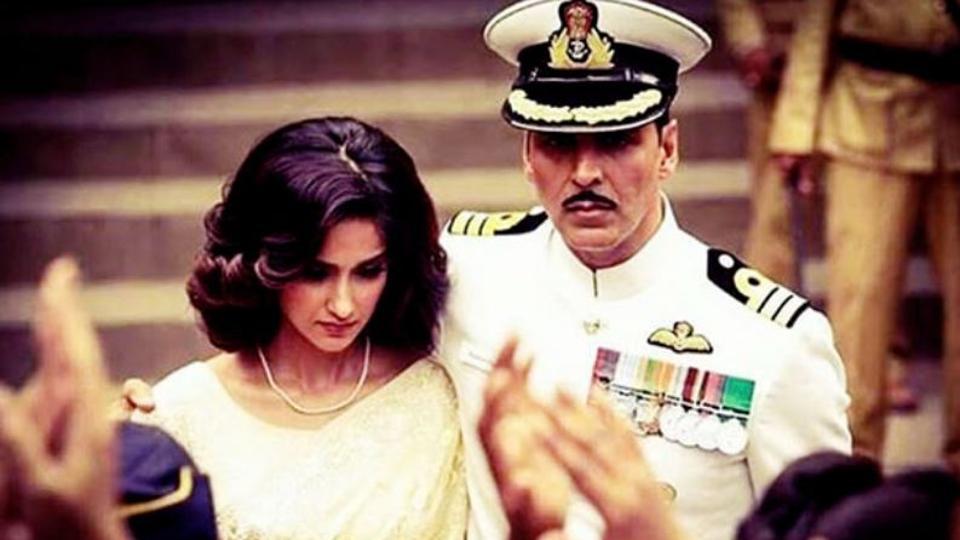 By putting the uniform for auction, it has stirred some serving and ex-soldiers and their family, claiming that “by putting (it) in auction, you have shown no respect for national interest (and) have also played with the sentiments of armed forces personnel and their widows and their family members”. The soldiers added, “As a matter of fact, till date no uniform or medal has been put for auction. The reason for the same being that an officer’s uniform is bestowed as a singular honour on a commissioned officer by President of India for life. It is not a contract but entails a liability for the nation’s sake and thus the array of medals and ranks, insignia are for the discerning eye of the one who proudly wears it”.

As per reports, the four-page notice sent to Akshay and his wife warns that the uniform, insignia and badges could pass for genuine service clothing and can find their way to anti-national elements who can use it to foment trouble. The legal notice has asked Akshay and Twinkle to cancel the auction “failing which necessary action shall be taken against you under the relevant provisions of the Indian Penal Code”. Copies of the notice were also sent to Defence Minister Nirmala Sitharaman’s office, and the auctioning company, Salt Scout.

However, there is no law that bars auction, but the notice points out that after the January 2016 terror attack at the Air Force Station in Pathankot, the Indian Army issued guidelines asking civilians to avoid wearing army pattern dresses and shopkeepers not to sell combat clothes, uniforms and equipment as it is illegal and goes against the national interest.

The celebrity couple have defended the auction by saying, “they are doing some work with good intention for a good cause” (in support of an NGO working for the cause of animal rescue and welfare). “If anyone finds it wrong then it is okay. I cannot do anything on that,” Akshay said, replying to a question at an event in Mumbai.