For those who are born in the ’90’s, we always say it, that 90s was the best time, because that’s the truth. Be it in form of the food items or the TV shows or the way we spent our holidays, we love traveling down the memory lanes.

Bringing the memories of the 90s back, the most popular game Road Rash is here in a new avatar. The simple, easy-to-control game from Electronic Arts was light on graphics and was the ultimate virtual-racing experience for the kids (and adults too) of the 90’s. Because of newer graphic-heavy games came into the market, Road Rash lost its crowd. There were six editions of the game from 1991 till 2000. The good news for the Road rash fans is that the game is coming back. 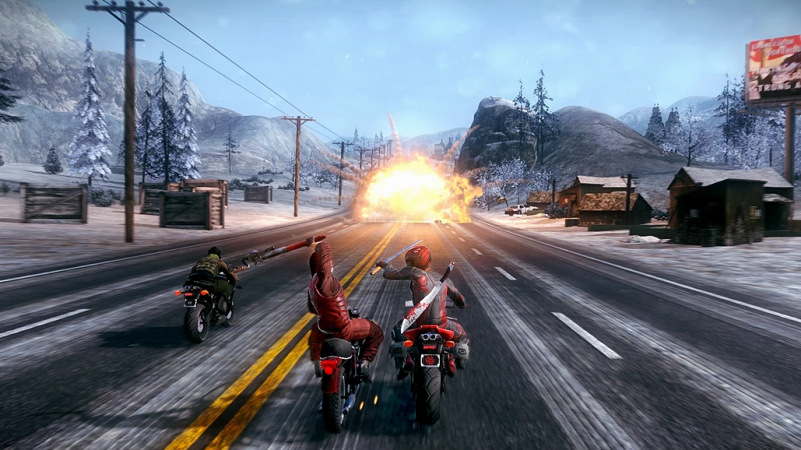 Image: ibtimes.co.in
The most interesting part of Road Rash was that it allowed pulling alongside another rider and you can hit them with a pipe, chain, baseball-bat. This cool aspect of Road Rash has been retained with more tools in the Road Redemption. Road Rash debuted on the Sega Genesis in 1991. The game takes place in California, on progressively longer two-lane roads. There are 14 other opponents in a race. Each race is played in all-California locales- The City, The Peninsula, Pacific Coast Highway, Sierra Nevada, and Napa Valley. Road Redemption is expected to include these elements of the Road Rash as well. The concept of bringing back Road Rash came up in 2009 when Ian Fisch, a long-time fan of the Road Rash series wrote a blog post on why the game needed a re-entry. Fisch hoped that he could evoke the developers Electronic Arts to revisit the series. However, the developers didn’t show any interest. Hence, the return of the game is said to be based on purely on crowd-funded by fans.

The new Road rash has a new name and advanced graphics as Road Redemption. Developed by Pixel Dash Studios and EQ Games. If the reports are to be believed Developers have planned to release the game for Microsoft Windows, OS X and Linux on October 4th, 2017.