Reliance Jio’s 4G LTE services started a 4G revolution in India, attracting millions of LTE subscribers in six months since its launch, and making the overall 4G services far more accessible in the Southeast Asian nation with an availability rating of 81.6 percent. 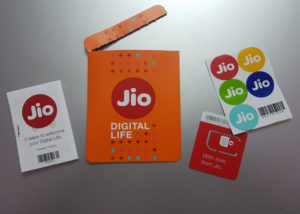 OpenSignal’s recent report said that in our tests we measured RelianceJio’s 4G availability is more than 90%, while comparing with other major operators they all fell below 60% availability. According to the report, both Idea and Vodafone came second, with each of them averaging LTE availability metrics of 59% while country’s largest telecom operatorAirtel was ranked in last place with only 54.7% of the LTE availability metrics.

According to OpenSignal’s report,the big growth in India’s LTE market, however, comes with a flip side in the form of lower average 4G speedwhich is only marginally faster than the average global 3G connection, adding that the average 4G downloadspeedin India and few other countries is found to be only 1.14 Mbps, which is way lesser than that of a 17.4 Mbps global average 4G download speed.

Overall, South Korea stands in top position by scoring the highest in 4G availabilityand second highest in 4G download speed in tests. “South Korea and Japan are still the only two countries able to provide LTE connectivity more than 90% of the time in our tests,” the report said, adding that almost all the countries in75-nation analysis showed steady improvement in LTE reach.

“The mobile industry may now be turning its attention to 5G, but as OpenSignal’s latest analysis of global LTE performance shows there is still plenty of activity surrounding 4G. Meanwhile, countries with new LTE networks may have limited 4G availability but, due to their light loads, can support considerably fast speeds,” the report stated.