The Oppo sub-brand, Realme which was recently separated to form an independent brand in the Indian market has launched its latest smartphone, Realme 2 in India. This handset is said to be the successor to the previously launched handset Realme 1. However, it does not feel like a true successor to the Realme 1 considering RAM capacity and the fact that it is powered by a Snapdragon 450 SoC. But it does sport a rear-mounted fingerprint sensor, which was missing on its predecessor. The Realme 2 comes with features such as face unlock, a 4,230mAh battery, dual 4G VoLTE support, and up to 4GB of RAM. 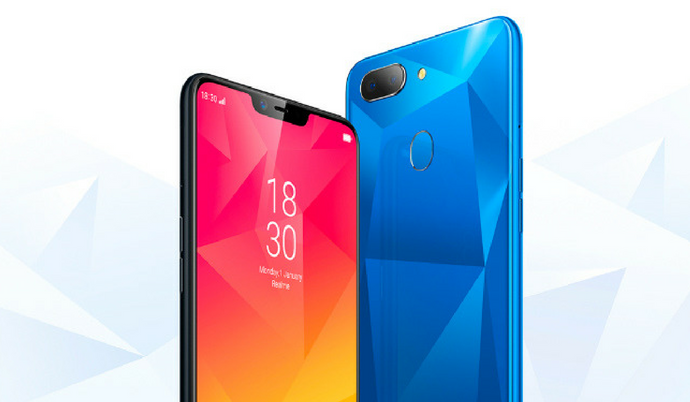 Let us take a look at the specifications of this latest smartphone by Realme:

Coming to the camera department, the Realme 2 features a horizontally stacked dual rear camera setup with a 13-megapixel primary sensor and a 2-megapixel secondary sensor. Up front, it features an 8-megapixel sensor with fixed focus and an 85-degree wide-angle lens.

In terms of connectivity options, it includes dual 4G VoLTE, Wi-Fi, Bluetooth v4.2, GPS/ A-GPS, GLONASS, Micro-USB with OTG support, and a 3.5mm headphone jack. Sensors onboard the Realme 2 include accelerometer, ambient light sensor, face unlock sensor, fingerprint sensor (rear-mounted), and proximity sensor. The Realme 2 is fuelled by a 4,230mAh battery with a bundled 5V/2A (10W) adaptor in the box.

Now, let us take a look at the price and availability of this latest smartphone:

The Realme 2 in India is priced at Rs. 8,990 for the 3GB RAM/32GB storage variant. While, the 4GB RAM/64GB storage variant is priced at Rs. 10,990. The phone will be available for purchase in India from September 4 via Flipkart. This handset will be available in Diamond Black and Diamond Red colour options, whereas the Diamond Blue option will go on sale in early October.