Forbes on Tuesday released their list of the highest paid TV actresses in the world, between June 1, 2016 to June 1, 2017. Here is a happy news for Priyanka Chopra fans again. Priyanka Chopra is among the world’s Top 10 highest paid television actresses, Priyanka appeared on the list for the first time in 2016, powered by her ABC show Quantico. In 2017, she appeared in the second season of the show as well as Baywatch movie, which co-starred Dwayne Johnson. In 2016, she had earned $11 million. The Bollywood star also endorses a range of products. 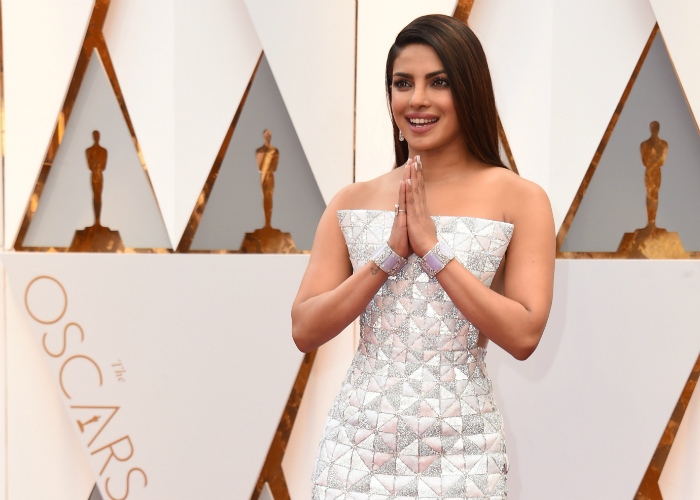 Image: cosmopolitan.in
The magazine’s in-depth analysis also revealed that more than 50 per cent of Priyanka’s income comes from endorsements. Priyanka Chopra, and her previously reported $10 million haul, was enough to score a number 8 spot on the list. It also made her the seventh highest-paid Bollywood star during the same period.

Colombian actress and Modern Family star Sofia Vergara leads the list for the sixth consecutive year with earnings of over $41.5 million (Rs 271 crore), while Priyanka Chopra came in at number 8. She made $10 million (Rs 65 crore), in the same period. It is said that only a quarter of Sofia’s $41.5 million came from her show. The rest comes from endorsement deals from brands such as Head & Shoulders, Pepsi and CoverGirl.

This has been mentioned as the biggest reason for her earning over $15 million ahead of the number 2 person on the list, Big Bang Theory star, Kaley Cuoco, who made $26 million (Rs 170 crore) during the same period. Vergara jumped from $28 million in 2015, to $43 million in 2016, both figures were enough for top spots on the respective lists.