The awaited John Abraham and Diana Penty starrer Parmanu-The Story Of Pokhran teaser is out. After watching the teaser, it looks exciting all the way. Finally, after a legal fight between the co-producers, looks like everyone has agreed on releasing the film.

The one-minute long teaser opens with a voice-over by Boman Irani as he recalls some of the glorious moments in the history of India, which includes India’s first prime minister Jawaharlal Nehru’s famous Tryst with Destiny speech on the freedom against the British in 1947 to the world cup win in 1983. However, there is one historical mission that took place in 1998, but it remained buried in the history books. On May 1988, when India tested fusion bombs in Pokhran, Rajasthan. 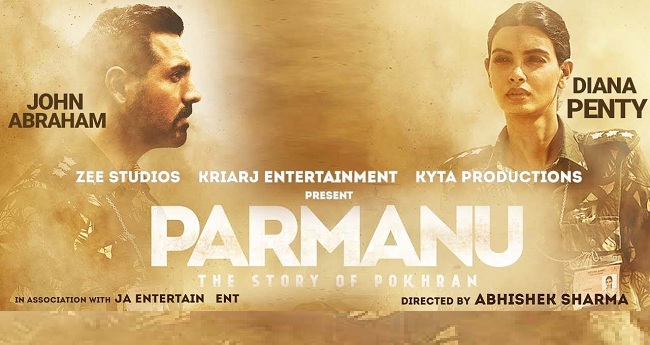 Parmanu is a about a team of officers who were given the responsibility of carrying out the covert operation without the world finding out about it. John Abraham is playing an army officer in the film who is heading a team of dedicated and brave officers. Named Operation Shakti, this operation was carried out even as tremendous international pressure was exerted on India to not go forward with the tests. It’s an event that doesn’t get discussed much but allowed India to declare itself a nuclear state.