The much awaited Anushka Sharma’s movie Pari Trailer is out. If the first look, posters and teaser sent shivers down your spine, the trailer will have your heart pounding. Actress Anushka Sharma has proved once again by choosing a variety of roles and delivering them with perfection. Anushka’s upcoming movie Pari promises to be a psychological thriller that is worth the wait. After appearing as a friendly ghost in Phillauri, the actor seems to ace this role in her next flick Pari. The one-and-a-half-minute long trailer hints at a devilish undertone to this thriller. If you are a fan of the horror genre, then the last part of the trailer with a blood-spattered Sharma’s face will give you jitters down their spine. 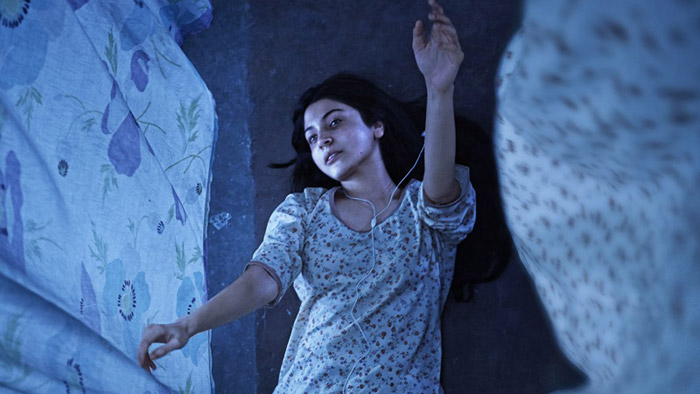 Image: bollywoodmdb.com
The makers of the film are claiming to push the horror genre in India to another level. In a Statement, “Our endeavour is to push the envelope with every film that we make. With ‘Pari’, we are hoping to give to our discerning audience an experience in the horror genre that will hopefully stay with them for a while. The response to the posters and screamers has been very encouraging and we are now looking forward to its release.” Said Karnesh Sharma the co-producer.

The Trailer with the words “This Holi, the devil’s out to play,” flashing in the clip, you can be assured this scare fest will surely haunt your dreams.

Pari, directed by Prosit Roy who is debuting as director with this film. The movie is being produced under Sharma’s Clean Slate Films and co-produced by KriArj Entertainment. This film is Sharma’s third home production after NH 10 and Phillauri. Other than Anushka Sharma in the lead role, the film also stars Parambrata Chatterjee, Rajat Kapoor and Ritabhari Chakraborty. Pari is expected to hit theatres on March 2.