One of the most anticipated smartphones of 2018 is finally launched. OnePlus 6 was unveiled globally in London on Wednesday. It was officially launched in India, at an event on Thursday in Mumbai, alongside the OnePlus 6 Marvel Avengers Limited Edition variant. The company’s latest flagship smartphone has some new things to offer, such as the OnePlus 6 features an iPhone X-like display notch and is also the first all-glass OnePlus smartphone. This new smartphone is also the first from the makers to offer a 256GB inbuilt storage variant.

OnePlus Founder and CEO Pete Lau in the event said, “With the OnePlus 6, we challenged ourselves to deliver an external design as smooth and elegant as the work we’ve done inside the device,” he also added, “We’re proud of what we’ve accomplished, and we hope our users are too.” 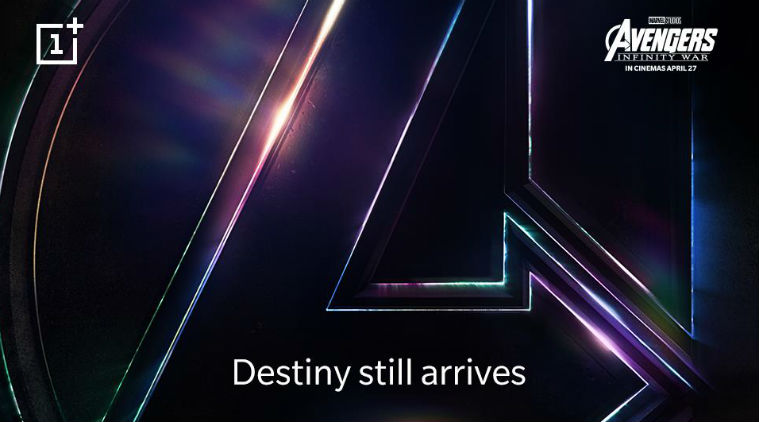 Let us take a look at the specifications of this new smartphone by OnePlus:

The new OnePlus 6 sports a 6.28-inch full-HD+ (1080×2280 pixels) Full Optic AMOLED display with a 19:9 aspect ratio and protected by Gorilla Glass 5. It supports sRGB and DCI-P3 colour gamuts, similar to OnePlus 5T. It is powered by a Qualcomm Snapdragon 845 SoC clocked up to 2.8GHz, coupled with 6GB/8GB of LPDDR4X RAM and an Adreno 630 GPU. This new OnePlus 6 will be available in three storage variants 64GB/128GB/256GB and these are not further expandable via microSD card. This dual-SIM (Nano) support smartphone runs OxygenOS 5.1 based on Android 8.1 Oreo. The company initially promised to provide an Android P Beta build for the handset from May 16 itself, but at the launch, OnePlus Co-Founder Carl Pei clarified that it will be available to download from the company’s site in the next couple of days.

Coming to the camera department, OnePlus 6 features a dual camera setup similar to the one seen on OnePlus 5T. It features a 16-megapixel Sony IMX519 primary sensor with a 1.22-micron pixel size and a 20-megapixel Sony IM376K secondary sensor with a 1-micron pixel size on the rear side. The rear cameras are supported by a dual-LED flash module, HDR and Portrait Mode. Additionally, a Smart Capture mode for automatically optimised camera settings will be available. Up front, it features a 16-megapixel Sony IMX371 sensor with a 1-micron pixel size. The front camera now offers Portrait Mode as well, using a new AI algorithm to give a depth-of-field effect. As per the makers, OnePlus 6 will have a Slow-Motion video recording, capable of capturing 480 frames per second at 720p for up to a minute. It can also record 240fps at 1080p. Additionally, there is also a new in-device video editor in this new smartphone.

In terms of connectivity options, it includes 4G VoLTE, Wi-Fi 802.11ac (dual-band, 2.4GHz and 5GHz) with 2×2 MIMO, Bluetooth v5.0 with aptX and aptX HD support, NFC, GPS/ A-GPS, USB Type-C (v2.0), and a 3.5mm headphone jack. Sensors on board include an accelerometer, ambient light sensor, digital compass, gyroscope, and proximity sensor. About the security, this smartphone bears a fingerprint sensor on the rear panel, said to unlock the smartphone in 0.2 seconds. Also, it supports Face Unlock feature, which is said to unlock the device in 0.4 seconds. The OnePlus 6 smartphone is fuelled by a 3300mAh battery with the company’s Dash Charge (5V 4A) fast charging technology that is claimed to deliver a day’s power in half an hour charge.

The new OnePlus 6 also offers daily water resistance, that is said to be safe from regular splashes and rain. As per the company, the new OnePlus 6 has a special type of foam layered on the gap between the screen, a battery cover to prevent water from entering, as well as waterproof materials in the headphone jack and fingerprint scanner. However, the makers have also said that users should not take it out for a swim.