After reports of OnePlus is rumoured to come out with a follow up to the OnePlus 5, called the OnePlus 5T. The company has confirmed and OnePlus has started sending invites for an event in Shanghai, China on November 5.As per the press invites being sent out, the company is planning to launch the OnePlus 5Ton November 5.

As per reports, the media invite gives an outline of a phone with the letter T inside. This pretty much confirms the existence of the OnePlus 5T. Moreover, the outline of the phone also reveals narrow bezels on the sides and the top, which confirms earlier reports that the smartphone will sport an edge-to-edge display similar to the Samsung Galaxy S8. 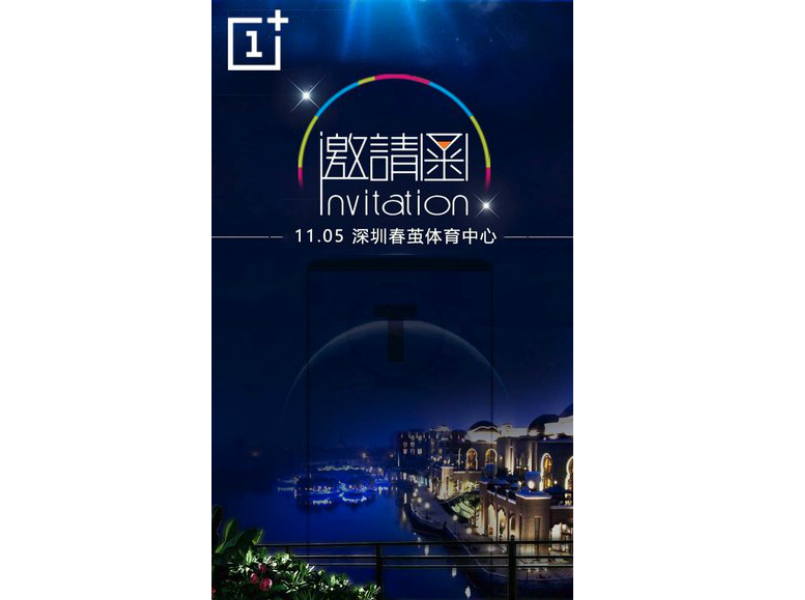 The front will likely see a 16-megapixel camera. About the design, the OnePlus 5T will likely sport a metal body. However, as it is likely that the smartphone will feature an edge-to-edge display, we might see the fingerprint sensor to move to the back of the handset, and it’s still unclear where OnePlus will place the sensor.There could also be a possibility of a facial recognition feature, although the company has not announced anything officially.

Coming to the price of the smartphone, The OnePlus 5 was launched in India starting at Rs 32,999, and one can expect the OnePlus 5T to be priced a bit higher when it comes to India.