Finally, one of the much-anticipated movies of the year ‘October’ Trailer is out. Varun Dhawan starrer romantic drama seems to be a love story but am unconventional one. This movie marks the first collaboration between Varun and Shoojit. 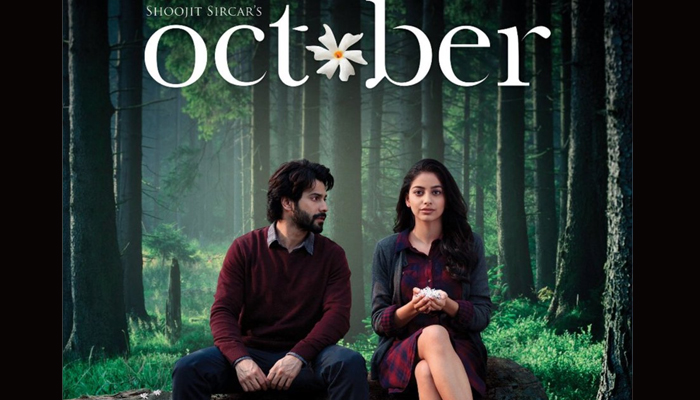 Image: newstrack.com
The lead actor of the film Varun Dhawan took to Twitter and unveiled the first trailer of his film October. The tweet post read, “The wait ends ! Here’s a glimpse of the journey of Dan, Shiuli & their story of love. Watch the #OctoberTrailer now…..

The two-and-a-half-minute long trailer has various moments where you will feel the emotional connect with the storyline. Varun plays the character named Dan and the debutant Banita Sandhu will be seen as Shiuli. After watching the trailer, you will be warmly touched by it and it might make you wanting to jump the calendar and rush to the theatres.

As per the trailer, in this film Varun plays the character of a hotel management student working in a five-star hotel as part of his training programme and actress Banita Sandhu ends up in an ICU after a major tragic twist in the story. Dan (Varun) is seen fighting all odds, defying norms only to make sure that Shiuli (Banita) is Okay.

Other that October, Varun will be seen in YRF’s Sui Dhaaga – Made in India directed by Sharat Katariya. Which also stars Anushka Sharma in the lead role, this movie is scheduled to hit the theatres on September 28, 2018.