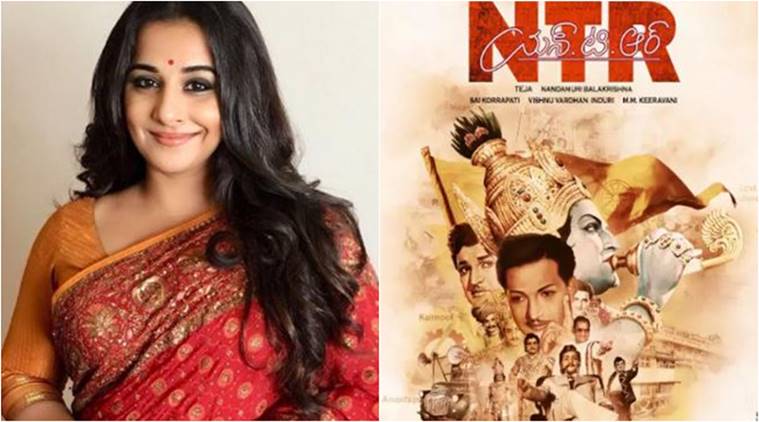 Vidya Balan in an interview to a leading daily revealed, “Their storyline and screenplay were in place, but work is in progress yet. I still don’t know what it is about this film that interested me. Let’s say it was an instinctive decision.” The National Award-winning actress will play a pivotal part in the film. The actress also explained that it has been a challenge to prep for her role as not much is known about NTR’s first wife. She said, “People knew of her, but they didn’t know her and that is interesting for me as an actor.”

On this occasion, Vidya Balan met the family members of NT Rama Rao and Lokeswari (eldest daughter of NTR) has presented Vidya, a saree which is part of Telugu tradition. Meanwhile, during her interaction with Nandamuri family members, Vidya has asked details of Basavatarakam from Lokeswari about her body language, favourite hobbies etc. Later, the actress has joined the sets of NTR biopic on Wednesday and the shooting is presently going on in Ramoji Film City (Hyderabad) in specially designed sets.