Are you bored with the routine dull location arrow on your Google Maps App? You can now customise and replace that arrow with a car or even an SUV. Google has rolled out a new update for its popular App. Google Maps is used for navigation and such small updates will certainly have user’s attention. However, these new icons are only available on the iOS devices for now but Android users can expect this feature very soon. 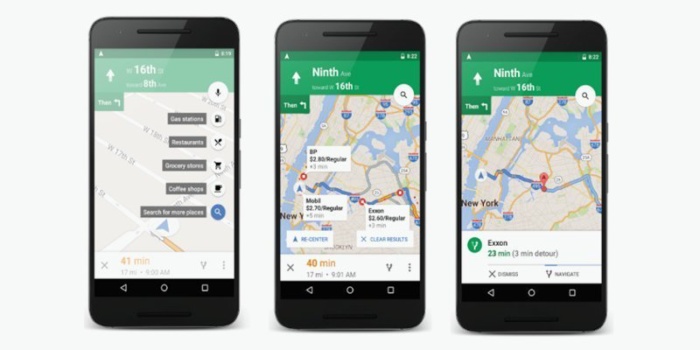 Recently, the tech giant Google collaborated with Nintendo in order to replace the dull looking location arrow on its Google Maps into a Mario Kart, but now Google plans to come up with more customisation options with this new update on Google Maps app in iOS devices.

Check out how it works:

To get this new options on Google Maps, user should ensure that they update the existing Google Maps App with the latest update. After that just open the app, set a destination, tap over to driving directions and start navigating. You will see the usual blue arrow hovering over your current location. Now, tap on the arrow and find a new menu with three other cartoony options. Currently, the App appears to offer is a red sedan, a green pickup truck and a yellow SUV.

As of now, this new feature is in testing phase and expect more choices of vehicles and colours in future. However, this latest update on Google Maps is just a cosmetic change, it will still drain the battery out of your phone and is not going to help you get to your destination any faster.