Finally, after Geetha Govindam’s huge success, Tollywood actor Vijay Deverakonda is all set with his next project, which is a Tamil-Telugu bilingual. Titled NOTA, this film is directed by Anand Shankar and is claimed to be a political thriller. Vijay is marking his Tamil debut with this film and the trailer looks promising.

The makers of Nota had roped in actor Suriya to unveil the Tamil version of the trailer. The actor took to his twitter handle to share the video and gave a warm welcome for Vijay Deverakonda, who is making his Tamil debut with this film. The trailer of NOTA in Tamil and Telugu were launched on September 6. 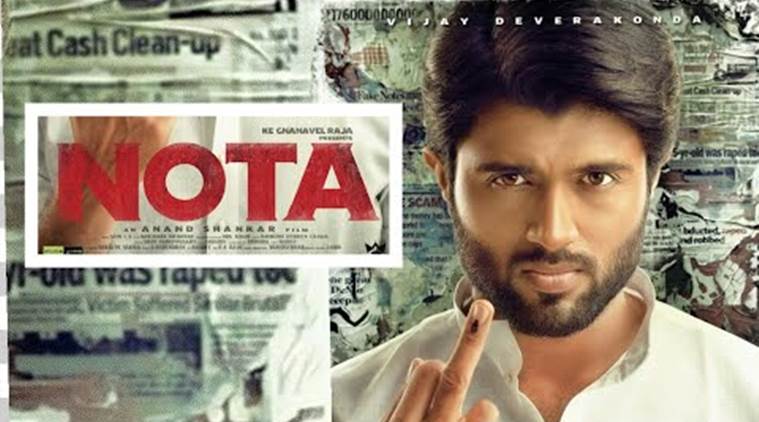 Coming to the trailer, the 1 min 40 sec long trailer is full of intense moments with political overtones. it shows us few glimpses of many societal issues that are relevant in today’s scenario. We can find Vijay Deverakonda as a young politician, who is forced to take some difficult decisions for the welfare of the people. He feels helpless in the new world and is also struggling to establish himself in politics. Meanwhile, Nasser is seen as a strong political leader and Sathyaraj plays a character who is like a mentor to Deverakonda’s character.

NOTA is directed by Anand Shankar and bankrolled by KE Gnanavel Raja of Studio Green. The films music is helmed by Sam CS. Starring Vijay Deverakonda, Mehreen Pirzada, Sathyaraj, Nasser and Sanchana Natrajan in pivotal roles. As per reports this flick is expected to hit theatres on October 4. However, an official confirmation is yet to arrive.