Nokia said that it has settled its legal battle with Apple with a new patent licence agreement and also signed a business deal with the US giants Apple. Which has surprised investors who had expected the dispute to drag on. The companies said that Nokia would receive an upfront cash payment and additional revenues from Apple from current quarter, without giving details. Analysts said the revenue was likely to be far higher than previous deal. 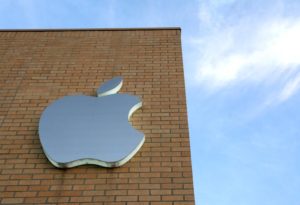 The original dispute was the expiry of a contract between the two companies, which was followed by the accusation from Nokia that there had been a violation of technology patents on Apple’s part, while the Apple argued it had experienced overcharging.There was an immediate reaction on the stock market wereNokia shares, which fell in December when the patent dispute was announced, jumped as much as 8 per cent to their highest since February 2016 and were 6.5 per cent higher at 5.88 euros.

In the absence of a new dealNokia had reduced the annual run-rate forecast for patent and brand licensing sales by close to 150 million euros, down from an original figure of 950 million.

Now as the patent dispute has been resolved, both companies have jointly expressed interest in potentially working together on new projects such as digital health initiatives.