Nokia 5 will be available in offline stores in India from August 15. The Nokia phones by HMD Global were announced in June 2017 in the market, for which the pre-bookings for the device had opened in July. The company has officially confirmed that Nokia 5 is an offline exclusive smartphone, but it is said to be available online as well. Other side the Nokia 6 is an online-only device and currently pre-bookings are open for that device on Amazon India.These are list of cities where the Nokia 5 will be available starting from August 15th which includes Delhi NCR, Mumbai, Bengaluru, Chennai, Chandigarh, Jaipur, Kolkata, Lucknow, Indore, Hyderabad, Pune, Ahmedabad, and Calicut. More cities will be added eventually. 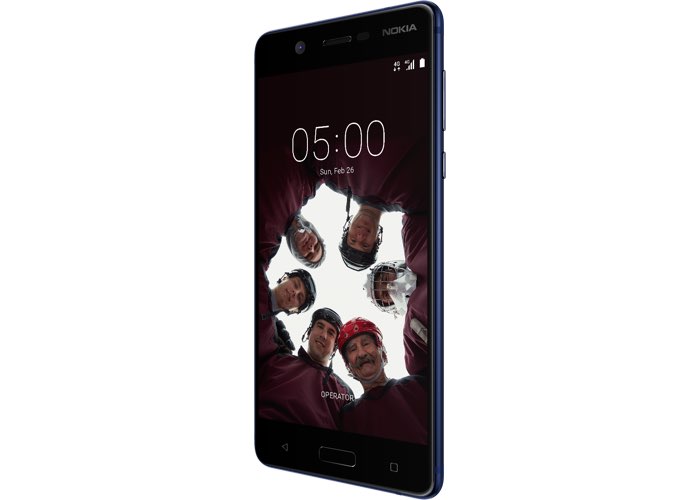 About the specifications of Nokia 5, it comes with a fingerprint scanner mounted on the home button and sports a 5.2-inch HD (720×1280 pixel) display. It is powered by the Qualcomm Snapdragon 430 SoC coupled with 2GB of RAM. It comes with 16GB of inbuilt storage, which is expandable up to 128GB by using a microSD card. It runs on Android version 7.1.1 Nougat. Nokia 5 comes with a 13-megapixel camera on the back along with a flashlight and an 8-megapixel sensor in front. The Device is powered with a 3000mAh non-removable battery.The design of Nokia 5 is highlighted with a “seamless aluminium 6000 series” body that wraps around the edges for a smooth, rounded shape, which the company says is a “perfect fit for those who need great design, specs at its price.” It measures 149.7×72.5×8.05mm.