A new budget smartphone in the market. HMD Global’s cheapest Nokia-branded phone, the Nokia 2, will go on sale in India from November 24th. Nokia 2 was actually launched in October. This Smartphone is much like the Nokia 3 and the Nokia 5, which also banks heavily on design and stock Android experience. But,the main highlight of the Nokia 2, however, is its massive 4,100mAh battery that is claimed to offer up to 2-days of battery life on single charge. 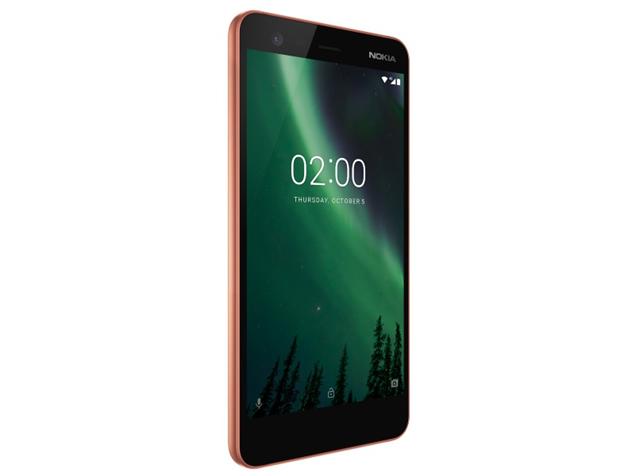 Image: gadgets.ndtv.com
Now, let us look into the Specifications of this new budget smartphone.

The Nokia 2 sports a 5-inch 720p display covered with Corning Gorilla Glass 3 for protection against nicks and scratches. It is powered by the Qualcomm Snapdragon 212 processor paired with 1GB of RAM. There is 8GB of internal storage which can be expanded up to 128GBby using a microSD cardin a hybrid dual-SIM configuration.Nokia 2 runs on Android 7.1.1 Nougat out of the box. But, Nokia has confirmed that the smartphone will be updated to Android 8.0 Oreo very soon.

Coming to the camera section, Nokia 2 sports an 8-megapixel rear autofocus camera with LED flash, and a 5-megapixel front fixed focus camera. About the connectivity options include 4G VoLTE, Wi-Fi 802.11 b/g/n, Bluetooth v4.1, GPS/ A-GPS, FM radio with RDS, Micro-USB, and a 3.5mm headphone jack. Sensors on board include an accelerometer, ambient light sensor, digital compass, and proximity sensor. Nokia 2 is fuelled by a 4,100mAh battery which Nokia claims is good for two days of use on a single charge.

The Nokia 2 in India is priced at Rs. 6,999 and the smartphone will go on sale in the country through offline mobile retailers. Nokia 2 will be made available in Pewter/Black, Pewter/White and Copper/Black colour variants in India.