Bollywood movie ‘Newton’ has been selected as India’s official entry for the Best Foreign Film language category at the Oscars 2018.Newton, which stars Rajkummar Rao, Pankaj Tripathi, Raghubir Yadav and Anjali Patil, is AmitMasurkar’s second directorial venture after his 2014 film ‘SulemaniKeeda’.Rajkummar Rao took to Twitterin order to share the news and wrote, “Very happy to share this news that #NEWTON is India’s official entry to the OSCARS this year. Congratulations team.”

Newton is an acclaimed political satire directed by Amit Masurkar. Amit Masurkar said in an interview that he was dissuaded by people not to shoot in Chhattisgarh but it was an ideal location to set his political satire ‘Newton’, which revolves around a government clerk’s attempt to run a fair election in a conflict-hit area.The director says the backdrop of Chhattisgarh gave the film the setting it needed to chronicle the story of an election day. 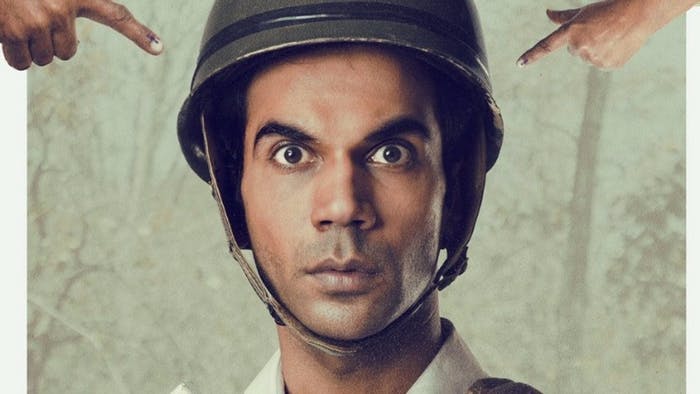 Image: thequint.com
Oct 2 was the given deadline for submission of foreign language films for the 90th Academy Awards, most of the entries have already been received. Given the submissions, it can only be said that the race to be in the top five will be a tough for Newton. Amit Masurkar’s Newton is racing against films of legends like Angelina Jolie, Fatih Akin, Michael Haneke, Agnieszka Holland and Ruben Ostlund. The films, which are likely to give stiff competition to Newton, are First, They Killed My Father (Cambodia), The Square (Sweden), Foxtrot (Israel), Loveless (Russia) and A Fantastic Woman (Chile).

Newton has already made rounds of close to 50 popular film festivals across the world. The prominent ones that include Berlin, Tribeca, Edinburgh, Hong Kong, Jerusalem, Istanbul and Buenos Aires. While it won the jury prize at Hong Kong and the CICAE Art Cinema Award at Berlin, it was nominated at rest of the film festivals.

While the Square won the Palme d’Or at the Cannes Film Festival, Loveless won the jury prize at the same festival. Robin Campillo’s 120 Beats Per Minute too won the Grand Prize at Cannes and is an entry from France.At the Berlin Film Festival, it was the turn of On Body And Soul, an entry from Hungary, which won the Golden Bear. Similarly, the Silver Bear was won by Pokot, the entry from Poland by Agnieszka Holland whose Europa had made it to the top five in foreign language category in 1992.  Foxtrot from Israel won the Grand Jury prize at the Venice Film Festival.The above-mentioned are those who have repeatedly made their presence felt at various film festivals of the world. There are also some, which might just spoil the chances for Newton, and they are Thelma (Norway) and Happy End (Austria).

All we can to now is to hope that Newton survives the journey and brings glory to the country. At the end of the day Newton released in India on 22 September and it is a great watch.