Finally, one of the most anticipated upcoming film of superstar Mohanlal titled Neerali (Octopus) is getting ready for its release. This is the actors first film release of the year. The makers revealed the trailer on Mohanlal’s 58th birthday.

The 2 min 21 sec long trailer does look impressive and surely be a treat for all Mohanlal fans. Mohanlal is playing middle-aged charmer called Sunny George, who can leave women week in their knees. Sunny’s wife played by Nadiya, going into labour while Mohanlal is seen driving in a truck along with a friendly driver Suraj Venjaramoodu. As their truck drives through a dense forest, there are few other developments which happen in connection with Sunny’s personal life, mostly, involving at least two different women.

One of the women, who seems to be deeply in love with Sunny is Parvatii Nair, who is seen standing on the edge of her balcony presumably to commit suicide. And we have Dileesh Pothan giving an impression of a cold-hearted villain. We then see the truck gets into an accident and hangs in a balance at the edge of a cliff. Now, Suraj gets unconscious and Mohanlal is the only one who is conscious in the truck. Mohanlal groans aloud in frustration and shouts out for help in different ways. On the other side we see a monkey land on the hood and a snake crawling on Suraj’s leg. The trailer leaves us wondering how he will be saved and what is the connection between him and the number of women who are attracted to him. 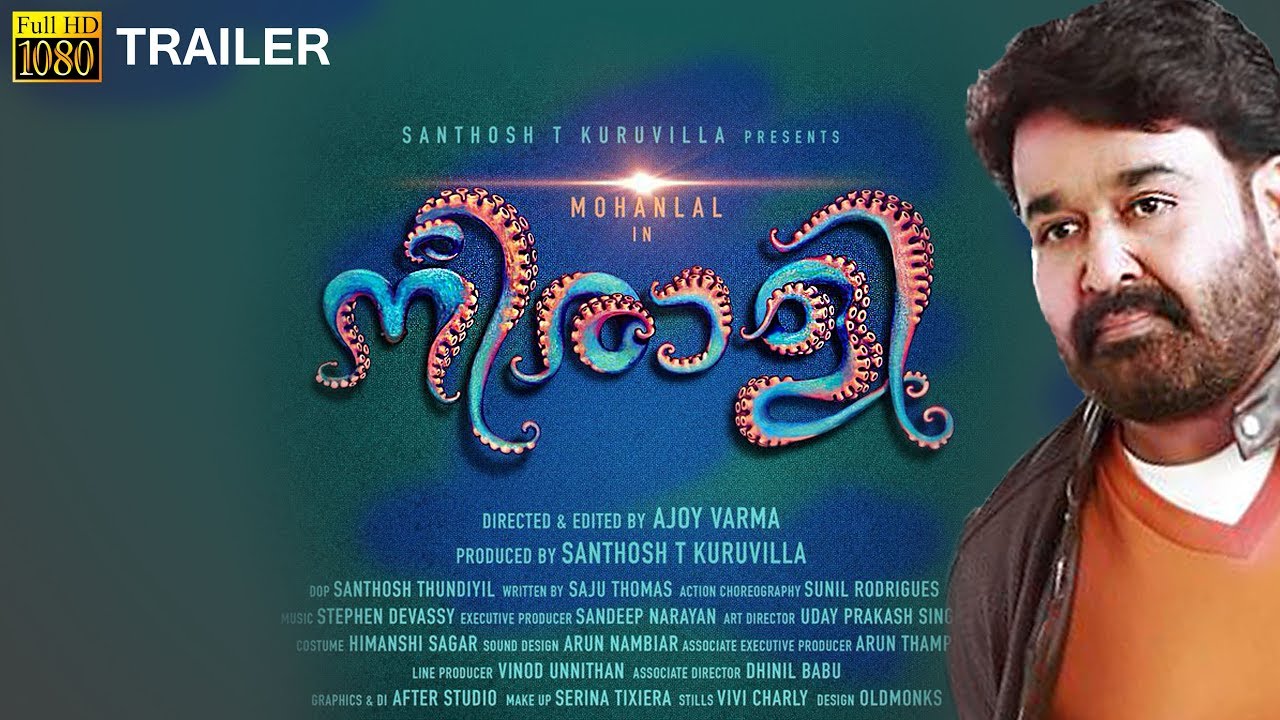 Neerali is an action thriller, directed by Ajoy Varma, who is making his directorial debut in the Malayalam film industry. Saju Thomas has penned the screenplay. This flick is produced by Santhosh T Kuruvilla, John Thomas and Mibu Jose Nettikadan under the banner Moon Shot Entertainments. Director Ajoy has roped in top technicians from Bollywood for this project such as Santosh Thundiyil as cinematographer, who has done films such as Rustom, MS Dhoni: The Untold Story and Krrish. Bollywood stunt director Sunil Rodriguez has choreographed the stunts for this film. This movie is mostly shot in Mumbai and Pune, besides some exotic locations in Sri Lanka.