One of the most awaited Tamil film is Karthik Subbaraj’s upcoming directorial starring Superstar Rajinikanth. There was many speculations buzzing around about the female lead in this yet untitled movie. But, now the makers have confirmed that Simran has bagged the role. This announcement comes with a surprise cast addition news. Popular Bollywood actor Nawazuddin Siddiqui has also been roped in for this film. If this announcement is true, this film would mark the Nawazuddin Siddiqui’s Tamil debut. 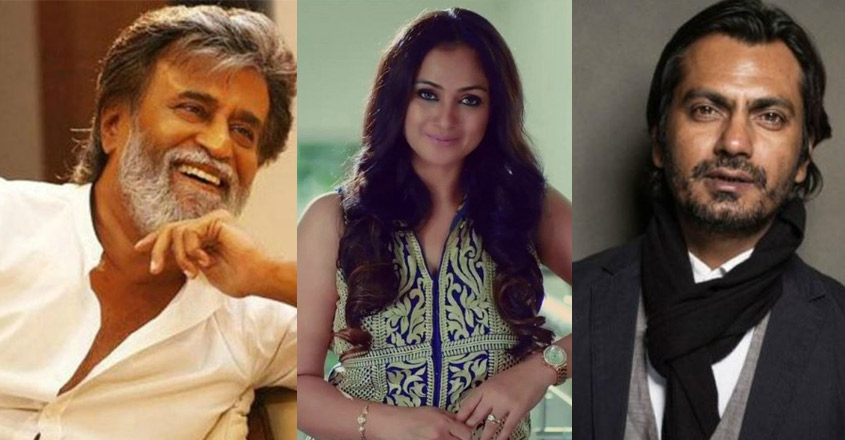 The makers of the film, Sun Pictures took to their official tweet handle to confirm the casting details. The tweet read,“We are happy to announce that for the first time, @SimranbaggaOffc and @Nawazuddin_S will be acting with Superstar Rajini in #SuperstarWithSunPictures”.

As per the earlier reports, Simran will share screen space with the Superstar Rajinikanth and has reached Dehradun to film her portions. It is said that Rajinikanth will be portraying the role of a hostel warden in the film. Meanwhile, Madurai-inspired sets are being recreated in Chennai, where the climax portions of the film are allegedly scheduled to be canned.

This upcoming flick is directed by Karthik Subbaraj and produced by Sun Pictures. Music of this film will be held by Anirudh Ravichander. As per reports, the introduction song for Rajinikanth in this film will be sung by veteran singer SP Balasubramaniam.

Other than Rajinikanth,Simran and Nawazuddin Siddiqui, this film will also include star cast such as Bobby Simhaa, Sananth Reddy and Megha Akash. Popular Tamil actor Vijay Sethupathi is set to play the antagonist in this upcoming movie and he is yet to film his portions for the film.