Lenovo owned Motorola has officially brought back its Moto X line smartphones. The Moto X4 isn’t a flagship by current standards, but it’s close.It fills Motorola’s midrange category,it doesn’t look like what you’d expect a mid range handset to look because it is covered with a metal and glass design combo that makes it look both fresh and premium. Its Gorilla Glass 4 protection prevents severe scratches, and it’s also IP68 water and dust resistant. Moto X4 was unveiled at IFA 2017, this smartphone grabs attention with its looks. It’s available in Super Black and Sterling Blue, and of the two options the lighter blue one catches the light better. Both have highly polished and reflective backs, which look great until you pick them up. 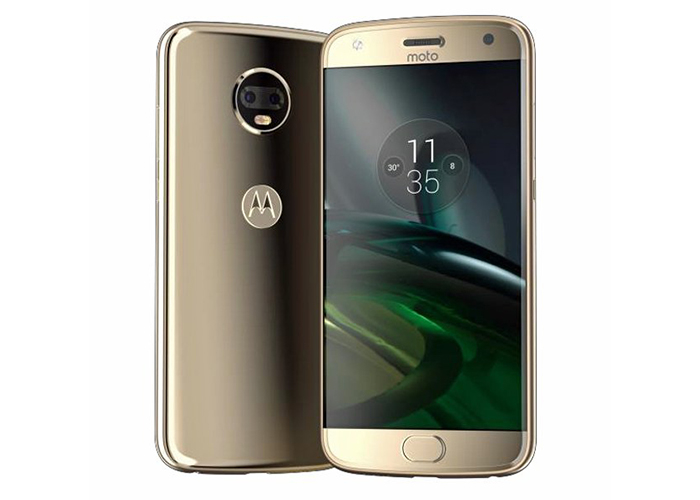 Image: gazettereview.com
This phone is a massive fingerprint magnet, and there’s no way to prevent smudges on the back or front, both of which are made of Corning Gorilla Glass. This phone is clearly set apart from the Z series by its lack of support for Moto Mods.The frame of the Moto X4 is a matte aluminium. It’s 7.99mm thick excluding the camera bump on the back, and weighs 163g. The phone is IP68 for water and dust resistance, which should keep you safe from occasional exposure.

About the camera, very few midrange phones have dual cameras yet the Moto X4 does. It’s a 12- and 8-megapixel combo and wide 120-degree field of view. The dual-LED flash can fire with different colour temperatures depending on the scene you’re shooting. The selfie shooter is also a stunner at 16 megapixels. It features what Motorola calls adaptive low-light mode with 4-megapixel, which trades resolution for sensitivity and delivers better photos in low light captures.The camera app can recognise landmarks and objects, and then show links to relevant shopping and Wikipedia pages. It can also recognise QR codes and business cards.

The big features Motorola highlighted in this device, the Moto X4 is integrated with Amazon Alexa digital assistant, which is quite rare. Those in the US, UK, or Germany will be able to make voice commands to Alexa. It also functions much of the same way as it does on Echo devices. If you don’t like using Alexa, you can still opt for Google Assistant. Other big feature that Moto highlighted is that this phone can connect to four Bluetooth audio devices simultaneously, letting users connect to multiple speakers or multiple Bluetooth supported headphones.

Coming to the Specs of the device, the Moto X4’s has a 5.2-inch full-HD screen, Qualcomm Snapdragon 830 SoC, 3GB of RAM and 32GB of storage which is expandable by inserting a microSD card. The battery capacity is 3000mAh with a fast charging support. There’s also Bluetooth 5.0, dual-band Wi-Fi ac, NFC, GPS and a fingerprint sensor, but no FM radio.

As per reports it is said that Lenovo will launch this phone in Europe first, priced at EUR 399. There’s no statement on when Moto X4 will come to India, but we can expect it before the end of this year.