Qualcomm and Microsoft at Computex 2017 have announced thatMicrosoft is working with Qualcomm and Intel to deliver “Always Connected PCs” that are constantly online, have long-lasting batteries and portable designs.HP, Lenovo, and Asus will be the first three companies to launch new devices based on the upcoming Qualcomm Snapdragon 835 Mobile PC Platform. The first wave of devices will all be slim, fan less portables along the lines of laptops and 2-in-1s. 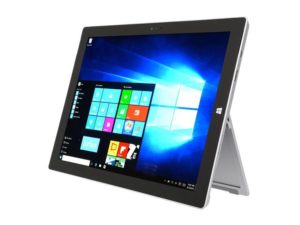 Microsoft says the new devices will run the full desktop version of Windows 10 not a tweaked interface for mobile, though this may eventually include Windows 10 S. Software put together for Microsoft’s Universal App platform will run natively on Windows 10, while most other programs can still run seamlessly using emulation for the traditional x86 PC architecture. Both Microsoft and Qualcomm say that there will be a slight performance penalty when using emulation, but that will vary depending on the specific software and usage scenario. According to both companies, there should be no need for end users to do anything differently.

Connected PCs won’t have to use Qualcomm’s chips, but the ones that do will see several benefits from Snapdragon 835. The most important advantage is gigabit LTE connectivity, which will allow these devices to download videos or webpages at blazing speeds.

Many benefits of this platform require a constant cellular Internet connection. Microsoft and Qualcomm both point to the fact that 4G data is becoming cheaper around the world, and that data caps are being increased. Windows devices on Snapdragon will come with embedded e-SIM support to make it easier to get online without having to fiddle with a SIM tray or a tiny card. Devices with SIM trays can also get connected with e-SIM adapters.

One more advantage is Snapdragon 835’s smaller physical size compared to its competition. This will not onlygive advantage for the device makers to create slimmer products and experiment with different forms, but also leaves more room for parts like larger batteries. Combined with the chipset’s power efficiency, this could lead to longer-lasting machines that will stick around for more than a day. You’ll also get more endurance in standby mode, and the new devices will feature something called Connected Standby. With this mode, your PCs can wake from sleep faster than before, and remain connected to your WiFi or cellular network to keep syncing your data in the background while idle. It also enables Cortana to actively listen for your commands even when the machine is locked.

These details of Microsoft and Qualcomm’s vision for the Windows on Snapdragon seem well thought-out and feasible, but because we haven’t seen consumer-ready versions yet, we can only be cautiously optimistic. While no specific pricing is known yet, both Qualcomm and Microsoft indicated that pricing would be lower than that of a premium laptop, and more along the lines of today’s flagship smartphones.