Finally, the release date of the much-awaited film Mental Hai Kya is revealed. These days the lead actors of this upcoming film Kangana Ranaut and Rajkummar Rao have been teasing their fans with behind the scenes pictures and looks from their movie. Now the makers have revealed the releasing date of this awaited film in a unique way.

The makers took to their Instagram account and revealed the release date with a quirky video by the lead actors. Balaji Motions Pictures shared the video and announced the release date of the film which is 22 February 2019. They captioned the video as, “Two mentals coming together on 22.2. #MentalHaiKya releasing on 22nd February, 2019!” 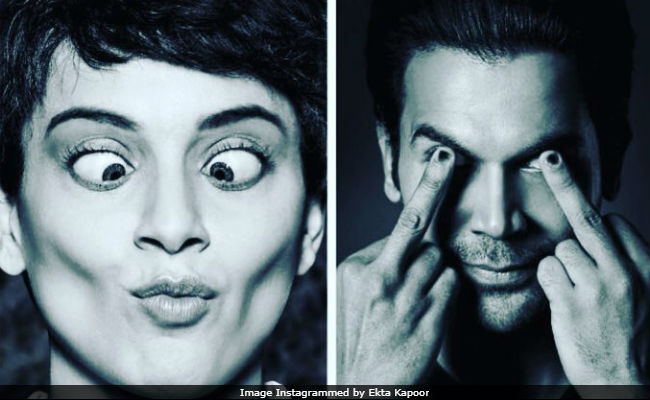 In this quirky video, both Kangana Ranaut and Rajkummar Rao are seen arguing with each other claiming that the other one is mental, after which they claim that the mentals will meet you on February 22.

Mental Hai Kya is directed by Prakash Kovelamudi. This film is bankrolled by Ekta Kapoor and Shaailesh R Singh. Starring Kangana Ranaut, Rajkummar Rao, Amyra Dastur and Satish Kaushik in the lead roles. As revealed, this flick is scheduled to his theatres on Feb 22 2019.