Finally, the much-anticipated trailer of Kangana Ranaut’s upcoming film Manikarnika is out and it looks exciting and fearless right from the beginning. Kangana’s involvement in this ambitious film has been complete. The actress hasn’t had a single release since September 2017 when Simran hit the screens. Meanwhile, the buzz around this film is quite high and her team has been keeping the public interested with pictures, stills and posters releases.

Coming to the 3min 20sec long trailer video, it shows us a young girl called Manikarnika who is known as Manu to her family, who later will be the Queen of Jhansi. The trailer video also shows the transformation of Manu into Rani Laxmibai. With blood, battle gear, weaponry and finely draped in patriotism.

Meanwhile, she gets married to Raja Gangadhar Rao of Jhansi and together they have a son, but he dies after four months. So, they adopt Gangadhar’s cousin’s son and name him Damodar Rao. We also see the forces of British East India company soldiers laying siege around Jhansi. As army of company surround, a voice-over informs the viewers that unless a successor is found for the throne, the British would destroy and rule Jhansi the way they have done to other princely states across India. Fearless and feisty, we meet Kangana’s Manikarnika saying, “Kanyay kaise kalaiyaan ghumate hai, main dikhati hun,” to a group of sword fighters. 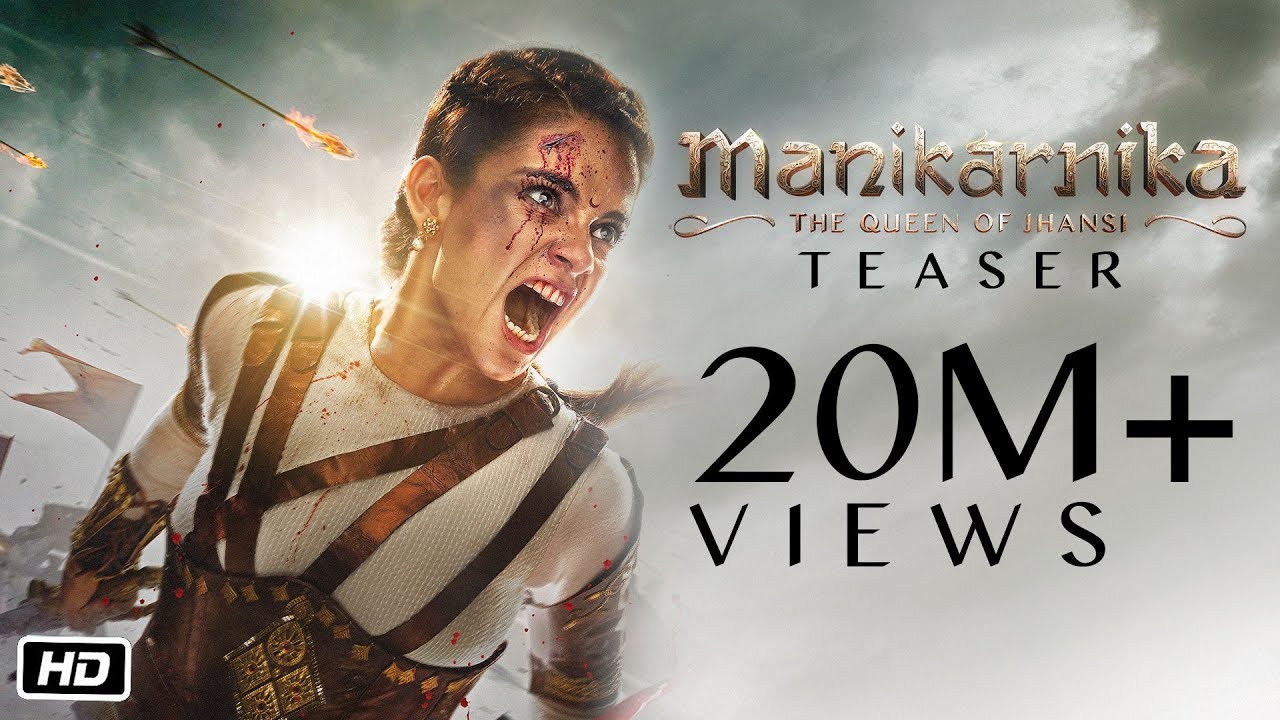 To the British Manikarnika also says, “We both want Jhansi, the difference is you want to rule, and I want to serve.” The British attack her fort in Jhansi, she escapes with a small group of her loyal soldiers, only to meet the Company soldiers some time later. At the end, she goes down fighting.

Manikarnika is directed by Krish and Kangana Ranaut. This film is bankrolled by Zee Studios in association with Kamal Jain and Nishant Pitti. Starring Kangana Ranaut, Atul Kulkarni, Jisshu Sengupta and others. This upcoming Indian historical biographical film based on the life of Rani Laxmibai of Jhansi is scheduled to hit theatres on 25th Jan 2019.