Fans of Actor Chiyaan Vikram here’s good news, 2018 just got bigger for the actor. The versatile star, who already has a list of big projects lined up for release this year has just confirmed his next film. Vikram made a surprise announcement on Instagram hinting his upcoming project. The actor wrote ‘A sun rises as the sun sets’ and announced his historic period film Mahavir Karna. 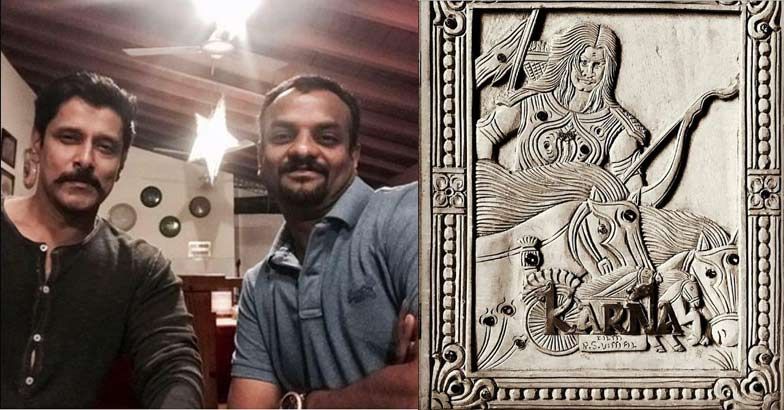 The period film, titled Mahavir Karna, will be directed by RS Vimal of Ennu Ninte Moideen fame a Malayalam superhit movie. RS Vimal had plans to make a film based on Karna, the main protagonist from Mahabharata and announced that Malayalam actor Prithviraj Sukumaran would play the lead. Vimal also announced that the budget of the film would be around Rs 300 crore but later in the year, the film’s producer Venu walked out. Venu in an interview said, “When the film was announced, I thought could pull it off in Rs 60 crore, but the final estimate was much higher and that is why I was unable to fund Karnan”. Now, the film is said to be produced by United Film Kingdom, New York.

Mahavir Karna will be predominantly shot in Hindi but will also be dubbed in other regional languages like Tamil, Telugu and Malayalam. Mahavir Karna would be Vikram’s third film in Hindi after Mani Ratnam’s Raavan and Bejoy Nambiar’s David. RS Vimal is planning to rope in leading actors from various Indian languages in order to grab the audiences across the country and top technicians will also be working in the film.

Currently, Vikram is busy working on two Tamil films, Saamy Square, the sequel to his super hit cop action film Saamy and Dhruva Natchathiram, a slick spy thriller with director Gautham Menon. Dhruva Natchathiram is expected to release in May while the producers of Saamy Square are looking for a Ramzan release.

Mahavir Karna is said to go on floors in October and is expected to hit the theatres in December 2019 in all languages.