Finally, Salman Khan has launched his brother-in-law into Bollywood as ‘ Loveratri ‘ movie has finally become a reality. The trailer of Aayush Sharma’s debut movie Loveratri is out. This movie also marks the debut of Warina Hussain who plays the leading lady in the film and the director Abhiraj Minawala.. Both Aayush and Warina play as young lovers who happen to bump into each other on the first night of Navratri. Later it follows the love journey of these both and it looks like every bit as colourful as promised.

The the 2 min 42 sec long trailer shows us the journey of Sushrut (played by Aayush Sharma), a happy go lucky boy from Baroda, who meets a beautiful NRI girl (played by Warina Hussain). Since Warina plays an NRI in the film, she is in the country only for 9 days, which means that Sushrut, who is aware of his killer garba dancing skills, has just the 9-days to impress her. However, the trouble starts as the time comes for her to go back abroad as the Navratri festival is over. Now, Sushrut follows her and tries to to woo his lady love and her father. The trailer end with a cameo appearance from Arbaaz Khan and Sohail Khan as Gujarati police officers in abroad. 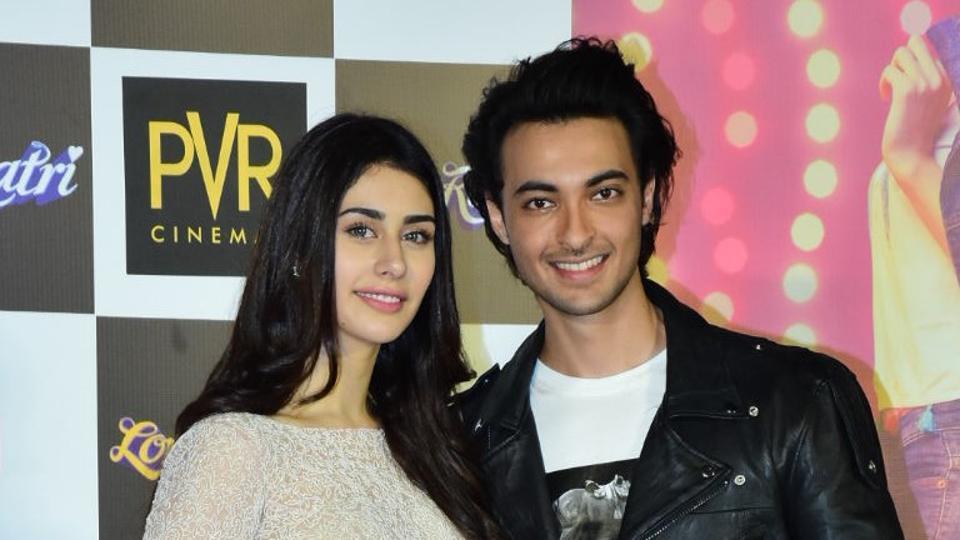 Overall, as per the trailer, ‘Loveratri’ promises to be a simple love story, which is told in a light-hearted manner with the vibrant backdrop of a Hindu festival Navratri.